There were mixed fortunes for the former World Champions on show during Tuesday's action at the Crucible Theatre.

Michael Holt arguably sprung the biggest surprise of the tournament so far by dismissing 2010 victor Neil Robertson by the fairly comfortable margin of 10-6.

37 year old Holt can possibly be put into that bracket of 'the best players never to have won a major or be in the Top 16' given his ability. He has had another consistent season making a number of main venues; only a few weeks ago at the World Grand Prix he beat Ronnie O'Sullivan 4-3. This was also the 8th time in the last 12 years that he has qualified for the Crucible - a very healthy return.

But despite all this, today's result was a shock. Holt's only previous victory on snooker's grandest stage was way back in 2005 on debut. He also hadn't beaten Robertson since their very first meeting in 2000 - the six times after that he'd lost.

You could have been forgiven for thinking this was the point the Australian would really take charge, but credit to Holt who responded back with a 115 and 50 before a gutsy yellow to black clearance in the ninth for a 6-3 first session advantage. That last frame saw Robertson miss a straightforward pink to leave his opponent needing snookers.

With four centuries and other breaks, probably the session of the tournament so far.

On the resumption in the evening, Holt tightened his grip on the tie by chalking up three of the first four, including a 79 in the tenth, to go one away at 9-4.

At the point of no return, Robertson faintly threatened an unlikely comeback by reducing the deficit to 6-9 after runs of 79 and 54, although Holt crossed the line with a coolly compiled 65 in the next.

The guaranteed £22,000 Holt will receive is the biggest payday of his 19 year professional career so far.

The defeat brings Robertson's season to an end. It has been a strange one, that saw him virtually untouchable in the middle of it with Champion of Champions and UK Championship victories, but has also been bookended with early exits too. He is the fifth seed to be eliminated here.

​2014 winner Mark Selby had to survive a rampant rally by Robert Milkins before securing his path into Round 2 with a 10-6 win.

In this all-English clash, Selby won six on the spin to turn a 1-2 negative into a 7-2 overnight advantage. During that gold-strike, Selby crafted a best of 132 along with four half centuries to go with his 54 from Frame 2. In getting the initial lead, Milkins made a 62 and 50.

On the return this morning, Milkins' gameplan was clearly to throw caution to the wind. Visibly keen to up the tempo, the 40 year old won the opening four frames in little time - rattling in 50, 51 and 62 in the process. At 7-6, the contest was most certainly back on.

However, in what seems to be a reoccurring theme in this championship already, the mid-session interval played a huge part in altering momentum. Whether through luck of the balls or judgement, Selby controlled the game at a much more measured speed, winning the last three to progress. This featured a 67 in the fifteenth, and a 70 clearance in the last.

It certainly wasn't Selby's most polished performance, but he still managed to draw on his immense battling qualities when required. After voluntarily missing out on the last two events due to personal reasons, you could suggest this was understandable.

The current World Number 1 also has the somewhat added pressure of knowing his prizemoney winning total of two years ago will be removed after the event's conclusion.

One former World Champion who most certainly didn't struggle was John Higgins, who put on a fantastic display of clinical power scoring in a 10-3 crushing of Ryan Day.

The four-time winner came to the Crucible this year more of a favourite than he has been for a while. After being initially pegged back to 2-2 on Monday morning, Higgins claimed eight of the next nine for a comprehensive win.

Without doubt the star performance of the competition so far, this season's Australian Open and International Championship victor notched up breaks of 105, 79, 100, 77, 105, 52 and 121 throughout. 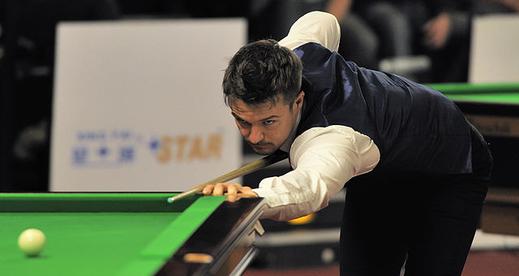