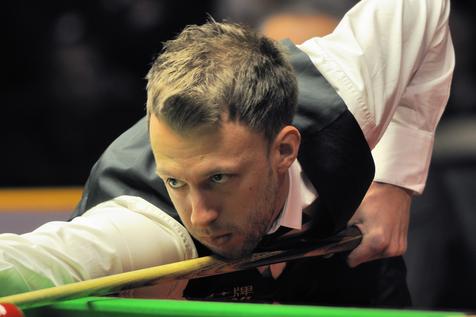 Judd Trump and Kyren Wilson were the last players to book their place in the Last 16 line-up of the 2016 World Snooker Championship.

Trump showed great desire and determination in overturning a 7-3 deficit against Liang Wenbo to secure a sixth consecutive Second Round appearance at the Crucible.

Arguably the tie of the round featuring the World Numbers 5 and 18, the pair are also regular practice partners at the Grove Snooker Club.

Wenbo got the clash off to a blistering pace after he compiled back to back breaks of 117 and 107, although Trump got a foothold himself with efforts of 58 and 86 to square it up.

After the MSI, though, China's Number 2 would strangle an advantage by claiming four of the next five to leave the first session 6-3 up.

On the players return 24 hours later, Wenbo bulked up his profit to four after a 59 in Frame 10.

With his back firmly against the wall at 7-3 down, Judd responded by punishing a missed double attempt on the green from his opponent in the eleventh to reduce his arrears to 4-7.​ 'The Juddernaught' then started to motor, rattling off runs of 54 and 106 to make it just 6-7.

After the break, Trump continued his assault. He completed the comeback by winning Frame 14, and then took the lead for the first time after chalking up a 69 in the next.

Wenbo stopped the rot to level at 8-8, but further efforts of 61 and 55 booked the tournament's second favourite a Round 2 berth. It meant Trump had taken seven of the last eight.

​Next up for the 26 year old is an even more high profile Chinaman; Ding Junhui. A player he defeated here comfortably last year.

Another player to show great bottle was Wilson, who ousted Joe Perry in a deciding frame finish - only the second of the event so far.

Wilson has had a significant breakthrough year that has seen him win his maiden major ranking title at the Shanghai Masters, and feature in the semi-finals of the Champion of Champions and German Masters. He now also has his first Crucible victory from only his second appearance.

​Predicted by many to be close, it was the 10th seed Perry who made a bright start in going 2-0 up with breaks of 87 and 63. Wilson settled any nerves by getting on the board with a fantastic 130, although Joe re-established his cushion after an 80.

​The next two were shared (JP made 54 and 64 in Frame 6) before Wilson counter-attacked with a three frame winning streak to take an overnight 5-4 lead. In that spell he fashioned runs of 58, 89 and 61.

On the resumption Thursday night, the opening four frames were shared (Perry - 72 / Wilson 129, 60). After their last mid-session interval, and now playing to a finish, Perry emerged by taking Frames 14 & 15 with breaks of 59 and 80 without reply to take the front 8-7, although Wilson responded with his own brace of frames (breaks of 58 and 62) to go one away. The 58 he crafted in the 16th Frame was of extreme difficulty, with a number of unfavourable ball positions. He also began it 53-8 down.

Frame 18 would last 57 minutes and resulted in Perry potting the final pink and black after Wilson missed a very difficult match ball pink into a top corner pocket.

Deservedly, the tie went all the way. Both had early opportunities, but could only muster modest totals - understandable under the pressure. The crucial moment was when Perry hit the middle bump when trying to get the cueball safe in baulk after a shot to nothing. The youngster stepped in with a cool 32 which would see him cross the line.

Kyren had beaten Joe in the Last 32 over in Shanghai on his way to the title. His opponent here in the next round, Mark Allen, was another victim of his in China that week too.

Written and published by Michael Day on the 22nd April 2016​​