It is set to be a very experienced Quarter-Final line up for the 2016 World Championship, with the first quartet of players through adding up to an average age of 39.

A quarter of a century on from his debut, Alan McManus will feature in his fourth career Crucible quarter-final after a 13-11 success over fellow 'qualifier' Ali Carter on Saturday morning.

With the demise of fellow Ponds Forge ironmen over the last few days (read on), along with Kyren Wilson and Ding Junhui - who are yet to play again, there are the only three qualifiers remaining. As the World Number 29, McManus is the lowest ranked player now left in, and at 45 years, is the oldest too.

'Angles' never led in the tie until a significant swing in fortunes during an incredible last session. Starting it by trailing 9-7, the 1994 Masters Champion clean swept the first mini-session to actually go ahead 11-9 into the MSI.

Then playing to a conclusion after the break, a visibly angry Carter (who was very upset at the condition of the table) came out with a 100 in the next, but McManus held his nerve near enough impeccably in taking the last two for a terrific comeback victory.

​Alan has had a real renaissance over recent years. After not qualifying for the Crucible Theatre for six straight years between 2007-2012, he has made it through every year since - including a QF finish in 2014.

​​​Another fortysomething hoping to relive past glories is Mark Williams. The Welshman overturned a 4-1 deficit to comfortably dispatch Michael Holt 13-8; his opponent unable to maintain the high standards he exhibited when knocking out Neil Robertson in Round 1.

For a while though, 'The Hitman' did have control when he took the early lead, although MJW somehow incredibly escaped the first session all level. The next four were also shared to move the score on to 6-6, but the two-time winner then firmly established power by claiming all four frames of the next mini-session. It was a profit he nurtured to the end.

Williams top scored with an 87, whilst Holt's best was a 109 in his losing endeavour.

It will be Mark's first Last 8 appearance here since 2011, and somewhat amazingly, only his second of the last decade.

Not quite in his forties, but a professional of 18 years nonetheless, Marco Fu ended the dreams of the dangerous 'Crucible Giantkiller' Anthony McGill 13-9 on Friday night.

In an affair that was predicted to go close, there was never more than two frames between the pair until well into the third session.

Hong Kong's Number 1 held the front for most of the meeting, although the Scot did wrestle a 6-5 profit at one point - the only time he went ahead.

In summary, from 7-7, Fu chalked up 6 of the last 8 frames to secure only his third ever QF berth here. His last was in 2006, where he actually achieved his all time best in getting to the semi's before bowing out to Peter Ebdon.

The former Grand Prix and Australian Open champion registered top runs of 102 and 100 to go with his brace of centuries from the First Round.

​Arguably the most exciting climax to all the matches over the last few days was Mark Selby's narrow 13-11 win over fellow Englishman Sam Baird - who at number 59 was the lowest ranked hopeful left in.

Selby, the 2014 victor, could never really escape the plucky qualifier, who played far beyond what his ranking suggests.

The World Number 1 led four times in the opening session, but on each occasion was pegged back. Baird went in front for the first (and only) time at 5-4, yet they still traded frames to 6-6. Selby then forged a cushion with a hat-trick of frames before the underdog kept in touch with the sixteenth for 7-9.

Affairs seemed to be resolving for Mark on the return after clinical offerings of 134 and 84 rewarded him with a four frame gap for the first time at 11-7. However Baird, who no doubt has gained a number of new fans for his exploits this week, remarkably squared it back up at 11-11 with a series of cool and fearless shots throughout this sequence.

​With the pressure intensifying on both players, it was basically a desperate slog to the finish line.

Selby stopped the rot with Frame 23, and despite crafting a 54 in the next, and having almost ultimate possession, the tie was only decided on the colours after Sam had agonisingly snookered himself on the last green when mounting a dramatic counter-attacking clearance.

Excluding the end, the match was fairly high scoring. Selby had best contributions of 115, 133 and 134, whilst Baird drummed up a 100.

Given the gulf in terms of ranking, experience and professional titles won, Selby and Baird continue to have enthralling outcomes. Their two previous clashes in the 2012 Welsh Open and this year's Gdynia Open have both seen Selby come back and inch it 4-3. 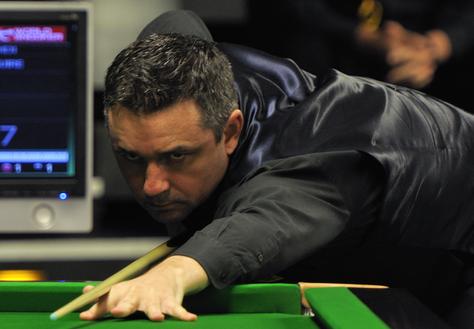