33/1 shot Shaun Storry upset the odds to become the inaugural winner of the Bulldog Security Challenge, going unbeaten throughout the entire weekend and pocketing a handsome £5,000 winner's purse.

64 of the UK's finest English 8 Ball talents - from both sides of the rules divide, travelled to the world renown Players Pool Lounge where one of the sport's most decorated players and chief tournament organiser, Lee Kendall, is the co-owner.

The £16,000 event started out under a Double Elimination format until 8 players remained - 4 from the Winner's Side and 4 from the Loser's Side. From the Quarter-Finals onwards it was straight knock-out.

In the KO's he continued to bulge his portfolio of impressive scalps by seeing off South West Masters Champion Mike King 11-5 in the Quarters and then 2017 IPA World Championship Runner-Up Simon Fitzsimmons 11-9 in the Semis. Before those victories, both King and Fitzsimmons were favourites at the time for the title.

It was a similar story for Shaun in the final, as he faced the experienced threat of Jez Graham.

Plymouth cueist Graham, a former IPA professional amongst many other significant accomplishments, was looking back to his best during the weekend. Having emerged from the B Side of the draw, he eliminated the Republic of Ireland's Stephen Dempsey 11-5 and then held his nerve to see off former World Masters finalist Shane Thompson 11-10 to book his final berth. In that Last 4 win over Thompson, he trailed 10-8 before constructing three consecutive one visit clearances.

Graham carried on where he left off in the final, establishing an ominous looking 3-0 advantage at the start. However, much credit to Storry, who got on the board and then a foothold of the match, eventually stamping an 11-7 success in the early hours of Monday morning.

This was the first of three massive independent tournaments to be held at the Players Lounge throughout 2017. In July they will host the '8 Masters', a Blackball event where the winner will bank a huge £10,000 pounds - the joint highest amount for a competition winner on the English 8 Ball circuit this year.

Action then returns again in September/October for the second annual Players Amateur Championship (Blackball), which will once again boast a £16,000 prize fund.

The entire event was professionally live streamed by Beard Productions. Please visit their YouTube page for an archive of the footage here.

​Written and published by Michael Day on the 31st May 2017 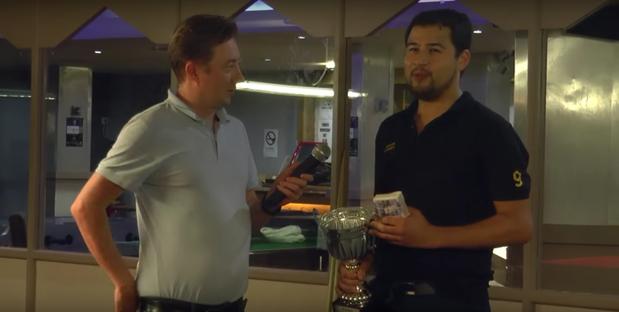