HAWKINS IS THE FOURTH PLAYER THROUGH

Barry Hawkins capped off a fantastic two days for himself in Coventry by winning Group 4 of 2017 Championship League Snooker.

​​The current World Number 12 topped the Round Robin stage with 5 wins out of 6, his only defeat being to Ryan Day. However, Hawkins would gain revenge come the Semi-Finals by eliminating the Welshman 3-2 after being 2-0 down.

For Day, it is the fourth consecutive group that he has made the play-offs. Whilst he is still yet to book a spot in the Winners Group at the start of March, he has racked up the most prize money of anyone so far with £15,600.

​In the other semi Mark Williams beat Shaun Murphy 3-0. After narrowly avoiding relegation out of this year's competition altogether in Groups 2 and 3, this was the first time Williams had made the top 4.​

Hawkins, though, would take the Group 4 title with a 3-0 win in the final. He is the first person this year to come top of the group and then win the Knock-Outs. Joining David Gilbert, Anthony McGill and Mark Davis in the Winners Group, he is also the first current top 16 player to make it there.

As for the rest of the Group, Kyren Wilson came fifth and will return for Group 5 next month, whilst Neil Robertson (6th) and Mark Allen (7th) are now out of the tournament. It was a severe turn of events for Robertson who had qualified top of the previous two groups.

The Championship League returns on the 20th February, but now, it's time to move on to The Masters!

Written and published by Michael Day on the 13th January 2017 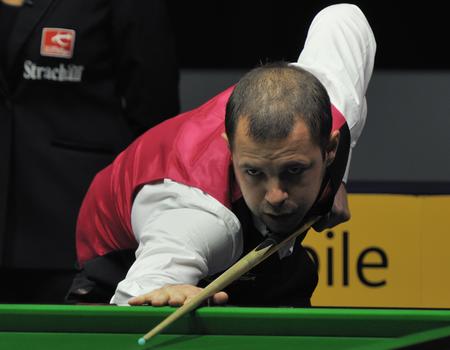