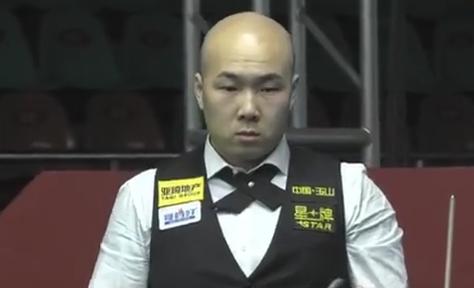 The finalists for both the Men's and Women's events in this year's Chinese Pool World Championships have been decided; they will both consist of all-Chinese pairings.

Yang (pictured above) has been superb throughout the competition so far. Untroubled during the double eliminators, he has since beaten Steve Martin 11-4, Wang Can 11-4, Zhu Long 13-9 and Jayson Shaw 13-9 in the knockouts. His Semi-Final elimination of Shaw meant the end of non-Chinese participation in the Men's division.

Having won back to back World Masters titles in 2015 and 2016, Yang can become the first ever winner of both Chinese 8 Ball's two biggest tournaments.

Chu booked his berth in the championship decider after coming from behind to beat international 9 ball star Liu Haitao 13-11 in the Last 4. Like Yang, he has remained undefeated, with former WPA World Number 1 ranked Carlo Biado of the Philippines being one of the players he saw off along the way.

For Chu, his achievement so far will be satisfying having reached the Quarter-Finals here in 2016 and finishing 4th in 2015.

The Women's Championship Final will be contested between Yu Jinpeng and Fu Xiaofang - they too will be maiden finalists of this tournament.

​​​Following the completion of the Semi-Finals were the 3rd/4th Place Play-Offs. These matches were significant as they not only awarded bronze medals to the winners, but also represented a difference of over £8,000 prize money in the Men's and nearly £6,000 in the Women's.

Shaw and Chen both finished their campaigns on positive notes with respective 13-12 and 11-8 victories.

​Written and published by Michael Day on the 15th March 2017