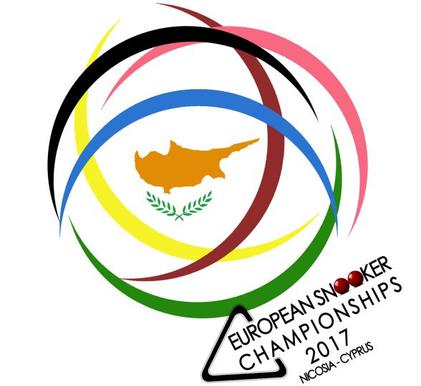 Continental championships and tickets to the full time professional snooker circuit are up for grabs over the next fortnight during the 2017 European Snooker Championships.

Organised by the European Billiards and Snooker Association (EBSA), this two week festival will be held at the glorious Hilton Park Hotel in Nicosia. It is the first time that Cyprus has held a major international snooker event, once again confirming the sport's expanding popularity and appeal.

There will be three different categories with the Men's, Under 21's and Under 18's titles all being played for. The champions of the Men's and Under 21's events will also be offered a guaranteed two year World Snooker professional tour card. With the scaling down of the European Tour this season, this represents one of the few avenues an amateur can make it onto the top tier without trying their hand at Q-school.

The Men's Championship boasts a very healthy field of 116 players from 35 nations. In recent years the event has been dominated by the UK, although previous winners have come from Belgium, Iceland, Finland and Malta. Jak Jones lifted the trophy in Poland last year. Perhaps the most famous name to wear the crown is Mark Allen because of his 2004 success in Austria.

There is a group of potential title candidates. I guess we have to start with Jamie Rhys Clarke (Wales) who will hope it is 'third time lucky' after finishing as runner-up in 2015 and 2016. Having been so close in a number of major events, many people would like to see him break his duck.

Through experience alone, 47 year old Peter Lines would have to be the favourite. A professional of 22 seasons (he was relegated from the tour last year), Lines has been plying his trade as an amateur. Despite this, he has had a number of positive results, including knocking out defending champion Neil Robertson in the First Round of the UK Championship before Christmas.

'Teen Wolf' Jackson Page - who made headlines when reaching the Last 32 of his home event the Welsh Open a few weeks ago, will be present in all 3 championships. A very busy few weeks for the talented youngster.

Page will be part of a strong Welsh contingent in Cyprus, although England and Scotland have sent very strong representatives in the Youth sections too.

In the Under 21's, German prospect Lukas Kleckers will surely challenge, as too will Poland's Mateusz Baranowski and the before mentioned Cini and Ursenbacher.

In all three categories, the fields will be split into Round Robin groups before the knockout section.

​For more information, and the full results, please visit the EBSA website here

​Written and published by Michael Day on the 4th March 2017