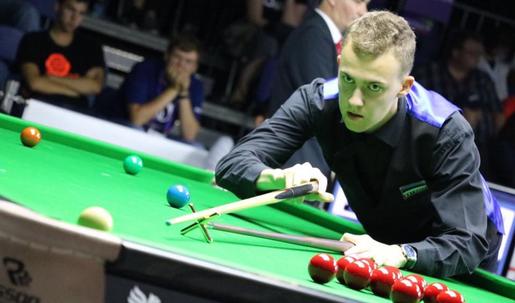 Held at the Club 147 venue in the capital city of Tallinn, the 21 entries in this year's Championship were split in Round Robin Groups with the top 2 of each advancing to the Quarter-Final Knock-Outs.​

Throughout the entire weekend Petrov was just too strong. After qualifying from his group and winning his Quarter-Final, he defeated Marko Jeršov 5-0 in the Semis with breaks of 60 and 106.

​In the final he met Alexander Leitmäe, who had eliminated Rainer Laar 5-3 in the other Last 4 fixture, and compiled breaks of 58, 65 and 91 in a dominant 6-0 victory for yet another national title. He lost just one frame in the tournament - during the Round Robins.

"In tournaments it is always so tough, it doesn't matter who you play. Sometimes it makes it really difficult to fully enjoy your game, but today for the first time in many, many tournaments, I enjoyed it.

The level that I played could lift up my chances of becoming a pro player, but I need to be more consistent if I want to achieve more, and I surely do.

I still have a long way to go to become professional but that's what I am aiming and practising for".​​

Petrov is undoubtedly one of Eastern Europe's most promising players. At the EBSA European Amateur Championships earlier in the year in Cyprus he went on a couple of excellent runs.

In the Under 21's competition he reached the Semi-Finals where he lost to eventual champion Alexander Ursenbacher and then in the Men's event he went all the way to the final but was denied by now professional Chris Totten 7-3.

His victory this weekend means he has qualified for the 2018 EBSA European Championships which are due to be held in Bulgaria.

The 21 year old has also previously featured at Q-School and the now defunct European Tour series, picking up wins along the way.

The Estonian Snooker Federation is the national governing body and runs other competitions in a structured season.

​Picture above is courtesy of the WPBSA

Written and published by Michael Day on the 18th December 2017