The venue stages of October's European Masters will have a significant portion of players from outside of the continent involved, following the conclusion of qualifying in Preston yesterday.

19 of those qualifiers who emerged are non-European. The figure is impressive, more so when you take into account that Ding Junhui, Marco Fu and Liang Wenbo didn't enter.

​Mei and Li created the biggest upsets when defeating multi-time major ranking event winners Ali Carter and Stephen Maguire respectively. In Li's case, he produced an astonishing turnaround when coming back from 3-0 down, eventually winning on a re-spotted black in the decider.

Zhou, Yan and Zhao frequently get mentioned as the outstanding trio of all the exciting young prospects from the East. Once again they didn't disappoint, and with a number of big names not present in Belgium, they could pose a potent threat come the one table set up there.

Q-School graduate Chen Zifan has made a sturdy start to his professional career. His 4-2 victory over Hammad Miah is his third match win of the campaign.

​Zhang, Yuan, Fang, Chen Zhe, Lyu, along with Mei and Li, all registered their first successes of the new season.

​Un-Nooh got over his 4-0 loss to amateur teenager Jackson Page a few days earlier in Indian Open Qualifying by inflicted a clean sweep of his own on Page's fellow countryman Michael White. Crucible Qualifier Saengkham crafted a break of 130 during his 4-1 win over Hu Hao.

Talking of teams, the Iranian duo of Hossein Vafaei and Soheil Vahedi continue to enjoy their time in Preston this week.

Hossien held his nerve to eliminate Gary Wilson 4-3 on the final black. A couple of days earlier he came through another deciding frame finish against Sanderson Lam.

Aditya Mehta (India) and Thor Chuan Leong (Malaysia) solely carry the flag for their respective countries on the top tier at present. Both are Belgium bound after wins over Wang Yuchen and Ashley Hugill.

The win was particularly morale boosting for Thor, who recorded his first individual success on the circuit since the Gibraltar Open in March, and after a number of close defeats following that.

Australia's Neil Robertson is far from a stranger in making venues. The recent Hong Kong Masters Champion made a 106 on his way to a 4-1 win over Jamie Curtis-Barrett.

Saturday sees a break from action at the Guild Hall, although the four day offering of World Open Qualifying runs from Sunday to Wednesday.

​To keep up to date with all the results and fixtures in Preston this week, please log on to snooker.org

Written and published by Michael Day on the 5th August 2017 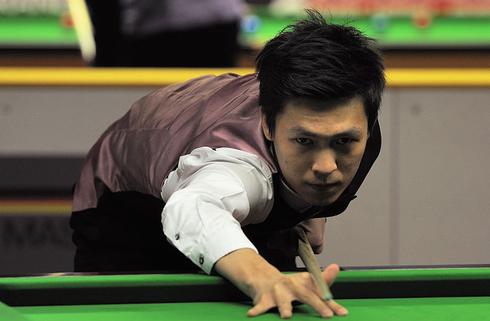