​Former professional Kristjan Helgason has won the 2017 Nordic Snooker Championship in his home nation of Iceland.

This year's edition of the event was being held at the Billaradbarnum in the capital city of Rekjavik. Players from Denmark, Finland, Norway, Sweden and the host country started out in this annual competition, which saw the field initially split into groups.

42 year old Helgason exhibited his pedigree by making the final without dropping a single frame on route.

He won all three of his Round Robin matches 3-0, and then beat Gunnar Hreidarsson (Iceland) 3-0 in the Last 16, Christopher Watts (Norway) 4-0 in the Quarters and Thorri Jensson (Iceland) 4-0 in the Semis. In that Last 4 tie he constructed a break of 126, which would be the highest during the tournament.

Waiting for him in the final was Finland's 16 year old prospect Patrik Tiihonen, someone who had reached the Last 16 of the IBSF World Under 21's Championship last summer.

However, despite losing Frames 1 & 6, experience overcame youth in a 5-2 victory.

Helgason was World Under 21's Champion in 1993 and the European Amateur Champion in 1998. He spent two spells on the top tier of the sport. Without doubt his highlight was winning five straight matches and qualifying for the Crucible Theatre during the 2000 World Championship.

Written and published by Michael Day on the 21st January 2017 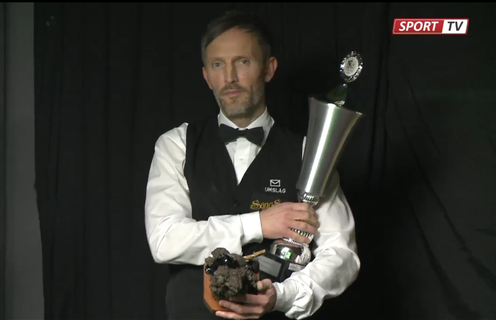