The professional rounds of the Paul Hunter Classic will be played across Friday, Saturday and Sunday, but the previous three days in Furth have seen a large contingent of amateurs scrambling for one of 33 qualifying spots on offer into that Last 128 draw.

Despite being a popular event in honour of one of snooker's most recognisable icons ever, the relatively modest £20,000 first prize has meant many of the top ranked names have not entered. With a busy schedule and a number of overseas (often long haul) tournaments during this half of the season, it appears some players have prioritised.

However, the shortfall in professional numbers means opportunity for the amateur community. With the European Tour no more, it is only here and at the Gibraltar Open where they can compete in professional events.

The highest profile ex-professional to emerge was two time ranking event finalist Jamie Cope, who dropped just one frame in three matches to set up a date with David John.

​Experienced pairing of Barry Pinches and Andy Hicks will once again line up with familiar rivals too - Pinches won all three of his fixtures without losing a frame.

Steven Hallworth, who was beaten by Hicks when he reached the Quarter-Finals of the Shootout last season as an amateur, also got through by winning both his matches 4-0. Kuldesh Johal is another former main tour competitor back in the limelight.

There was disappointment for Tony Drago, though, as he was ousted by Jamie Clarke 4-3 at the final hurdle.​ Michael Wild and Fraser Patrick, who were both on the main circuit last season, also didn't make the cut.

Off the back of Luca Brecel's maiden professional victory on Tuesday, mainland Europe has fair representation in the draw. Host nation duo of Roman Dietzel and Umut Dikme will join fellow German and current professional Lukas Kleckers in the Last 128. Former top tier German Patrick Einsle lost out in the final round to Ashley Carty 4-1. Carty now plays Brecel.

​Adam Stefanow, Daniel Holoyda & Kacper Filipiak (all from Poland) and Brian Cini (Malta) are the other Continental Europeans to advance.

In what is a big plus for the ongoing progression of the Women's game, 11 times World Champion Reanne Evans qualified on merit by winning three close matches against male opposition. Evans will now meet young Chinese prospect Zhao Xintong in what is one of the picks of the round.

A host of young hopefuls from the UK will mix it with the big boys across Friday and Saturday - at least. Daniel Ward, Zack Richardson, Louis Heathcote, Joshua Thomond, Brandon Sargeant and Marc Davis have all appeared on TV this year.

Oliver Brown, who has defeated a number of professionals before in competition, could be a banana skin for Oliver Lines.

For the full results across all three qualifying rounds, please visit snooker.org here.

Written and published by Michael Day on the 24th August 2017​​ 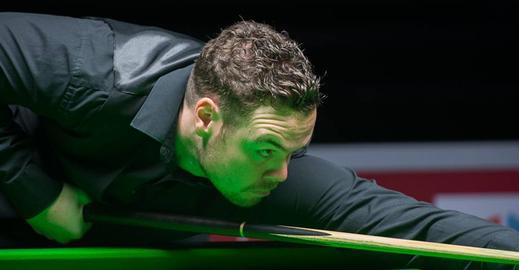