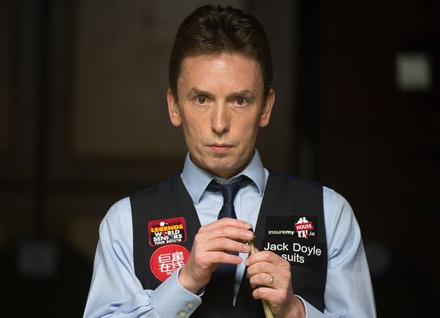 Ken Doherty and qualifier Jonathan Bagley were the stand out performers during Day 2 of the inaugural UK Seniors Snooker Championship.

In an all-Irish affair, Doherty recovered from losing the opening frame to Patrick Wallace. The 1997 World Champion made a break of 48 to help level it and then constructed consecutive efforts of 137 and 100 to seal a 3-1 win. These were the first centuries of the event.

Leeds based cueist Bagley is the last qualifier remaining. He recorded impressive runs of 60, 47 and 89 to move 2-0 up on John Parrott, and then completed a clean sweep with another 47 and a 27 clearance on the colours.

The victory acted as revenge for Bagley, who narrowly lost to Parrott in the Semi-Finals of the World Seniors Championship in March.

Jimmy White began the day's action with a 3-1 success over Les Dodd.

The Whirlwind crafted a 58 to chalk up the opener, but a plucky clearance on the colours saw the former three-time Crucible qualifier draw all square. However, White produced a run of 44 - eventually winning on the colours, to re-establish a lead and then finished off with a very classy 89 in Frame 4.

Top seed Stephen Hendry was fairly comfortable during a 3-0 win against Tony Knowles, the only seeded player to have come through the Preliminary Round on Tuesday.

The tournament will be played to a conclusion on Thursday with the Last 4 scheduled for the afternoon and the Best of 7 Frames Final in the evening.

White will face Bagley whilst Hendry crosses cues with Doherty in a repeat of the famous 1994 UK Final. The champion will walk away with the replica retro UK Championship trophy and a winners purse of £7,500.

The event has been a very enjoyable one so far, but it has also been competitive and meaningful. Tomorrow should be very intriguing to watch.

Written and published by Michael Day on the 25th October