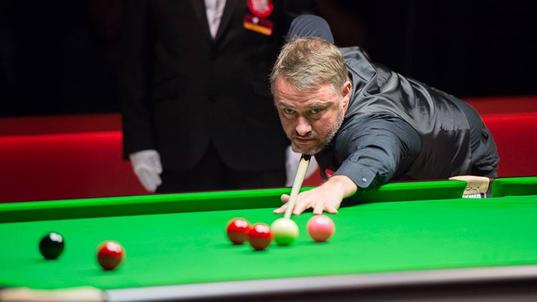 The professional circuit is currently having a rare week off but over in Redhill from Tuesday to Thursday greats of the sport will line up in the first event of the inaugural Snooker Legends Seniors Tour.

Building on the success of the World Seniors Championship in Scunthorpe last spring, the series gives any player aged 40 or above, who currently doesn't hold a professional tour card (wildcards excluded), an opportunity to play on the competitive big stage alongside some of snooker's most famous stars. This season's tour also includes a Masters and an Irish Masters.

The 2017 UK Seniors Championship is first up, though, and will feature 12 players; 8 invited legends and 4 qualifiers who emerged from a quartet of competitions held over the last few weeks.

​Stephen Hendry, John Parrott, Jimmy White and Ken Doherty are the seeded legends whilst Dennis Taylor, Joe Johnson, Cliff Thorburn and Tony Knowles will face the qualifiers in a Preliminary Round on Tuesday.

Former three-time Crucible Qualifier Les Dodd was the first cueist to book his spot in the draw after victory in Newbury. The popular character, who often re-tips Ronnie O'Sullivan's cue, will play Taylor.

​Northern Irish qualifier Patrick Wallace once reached the World Championship Quarter-Finals and is still very active on the amateur scene. He has the potential to do some damage this week, but will have to first get past Johnson, in what is a re-match from the World Seniors earlier in the year. On that occasion, the 1986 World Champion upset the odds and came through a comfortable 3-0 winner.

Jonathan Bagley is becoming a very consistent performer on the Legends scene. The Leeds based potter narrowly missed out on a Final berth in Scunthorpe when going down to Parrott on a Tie-Breaker Black. He begins his journey against Cliff Thorburn and could cross cues with Parrott again in the Last 8.

​The last qualifying spot was won by Gary Filtness, and his prize is a showdown with former World Number 2 Tony Knowles.

A handsome £7,500 will go to the eventual champion and should any player make a maximum 147 during the championship a KIA Sportage KX4 car will be awarded. In a nice move, a replica of the trophy from the 1970's/1980's has also been made and will be presented by the first ever winner of the UK Championship in 1977, Patsy Fagan.

It's tricky to call a winner of this tournament, but I understand Hendry has been putting the hours in as he tries to improve on his very average performance from the World Seniors.

Still main tour representatives, albeit invited wildcards, I'd suggest Doherty and White are the most likely, although the very short format means virtually everyone has a chance.

Going on current form of the last couple of months, though, fourth seed Doherty probably goes into Redhill as the favourite.

​​​​The picture above is courtesy of Monique Limbos.

Written and published by Michael Day on the 23rd October 2017