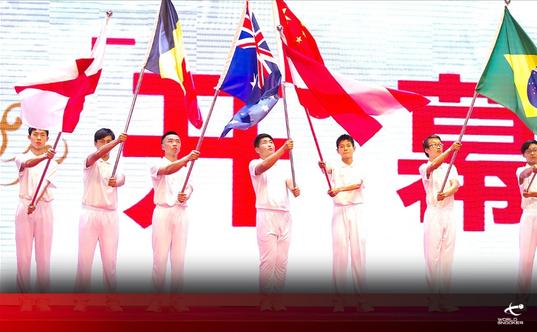 Friday is the fifth and final day of Group Stage action at the 2017 World Cup. Many issues are still to be resolved, with only England already mathematically secure of their Quarter-Final place this weekend.

In each group, every team plays the other with a point awarded for each frame won. The top 2 from every group will advance to the Knock-Outs. Should teams finish on the same number of points, the result of the match between those two teams will decide the fate. If more than two teams are involved and they can't be separated by previous encounters, a dramatic blue-ball shootout will take place.

There are also differences in prize money for those finishing third, fourth, fifth and sixth.

The Welsh team have been superb, already amassing 17 points out of 20. It would take a snooker miracle for them not to qualify, but a frame in their last fixture against Brazil will secure qualification and top spot.

The only way they could be denied is if they lose 5-0 and China B win 5-0, putting all three teams on 17 points and having beat each other.

Realistically it is a straight tussle between Brazil and China B for second place. Brazil have to better China B's result - matching it would be no good as they lost to them.

Malaysia, who play China B, are on 8 points and also need a snooker miracle. They need to clean sweep China B 5-0 and hope Wales do the same to Brazil in order to make the Last 8.

The winner of the Scandinavian derby between Norway and Finland will avoid the wooden spoon.

​Just two points separate the top three teams in Group B - only two of those three can make it through.

But who will miss out? Current leaders Belgium (15 points) face the experienced Republic of Ireland team who are already eliminated. Because second placed China A (14 points) are playing third placed Hong Kong (13 points) and by virtue of beating both of them previously, the Belgians just need a point on Friday. 4 points for them will guarantee top spot.

Effectively, the winner of China A and Hong Kong will go through - unless the Belgians collapse.

England have been the best team in the tournament so far, dropping just 2 frames out of 20. They sit pretty on top of the table and are already qualified as group winners.

They will however have a big say in regards to who goes through with them. They face sporting rivals Australia on Day 5 and have the opportunity to knock them out.

​The Aussies and Iran both have 11 points but Iran beat them on Thursday 4-1. Iran play fourth placed Malta (8 points), who themselves have slim hopes. Even fifth placed Switzerland (7 points) have feint chances, but they would require a 5-0 win against bottom team Pakistan just to be in contention - and then a heap of things needing to go their way.

There are so many permutations still possible it is difficult to lay out, but the Maltese duo will need a minimum 4-1 victory to have any hopes of relying on other results.

My guess is that Australia will have to better Iran's result on Friday.

This group has been the most tightly contested section throughout the week in Wuxi.

First placed Northern Ireland have won all 4 of their matches so far, but their 13 points tally is not yet enough to book them a Quarter-Final berth.

​Also on 13 points is Thailand, whilst Scotland and Israel are tied on 11 points (Scotland are third because they beat them).

​If Northern Ireland win 3 frames, they will guaranteed qualification. Anything less and their fate is out of their hands. This is exactly the same scenario for Thailand.

2015 Runners-Up Scotland and Israel need results to go their way - that's after making sure they finish off with positive result themselves.

Written and published by Michael Day on the 6th July 2017