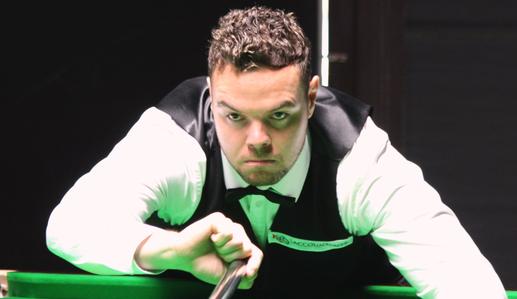 Yet more dreams will either be realised or dashed at the English Institute of Sport on Wednesday with the season-ending EBSA Play-Offs.

The annual Play-Offs, which have been in existence since 2013, will feature the top 8 ranked amateur players from an Order of Merit decided by accumulative results at this season's Paul Hunter Classic and Gibraltar Open.

Played as a Knock-Out over the Best of 7 frame matches, the 'finalists' will both earn guaranteed two year professional tour cards for the 2018/19 and 2019/20 campaigns. Last year veterans Peter Lines and Gerard Greene managed to get back on to the top tier by this path.

Another player hoping to achieve that is former two-time ranking finalist Jamie Cope, who topped the OOM after reaching the Last 32 of both events. As a reward for finishing as number 1, Cope was a wildcard at the World Championship qualifiers where he led Hossein Vafaei 8-6 before losing 10-8. The opportunity to acclimatise himself to the venue could be an advantage come Wednesday.

Cope faces eighth seed George Pragnall, who made the Last 16 in Germany - the best performance of any amateur across both events.

The other match in the top half sees former Masters, UK and World Championship Semi-Finalist Andy Hicks take on Wales' Jamie Clarke, a player who has been agonisingly close to achieving pro status on multiple occasions. Whilst Clarke will be looking to finally get a tour card, Hicks was relegated at the end of 2012/13.

All four players in the bottom half have yet to become professional, meaning we will be assured of a main tour debutant from this year's Play-Offs. All four are also from England.

Youngsters Brandon Sargeant (20) and Joe O'Connor (22) will meet, and Oliver Brown, who has a number of impressive victories against professionals as a wildcard, plays former English Amateur Championship finalist Andy Symons.

With coverage and prize money continuing to dramatically increase on the World Snooker Tour, the opportunity of fame and fortune is just a couple of wins away for each of these eight players on Wednesday.