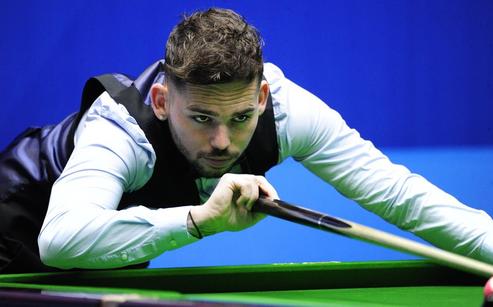 The 64 player main draw line-up for the 2018 Joy World Chinese 8-Ball Masters is now complete following the conclusion of the International Qualifying Event.

There was success for the United Kingdom as former IPA World Professional Blackball Pool Champion Jack Whelan advanced through undefeated, as too did fellow professional Clint I'Anson (pictured above).

Whelan and I'Anson, who have won the IPA World Championship Doubles together before, will join fellow Brits Gareth Potts, Karl Boyes, Shaun Storry and Ben Davies in pursuit of the $151,000 top prize.

Among the eight overseas players to have qualified also included Holland's Alex Lely - the 1999 World Pool Masters Champion and South Africa's Jason Saleon. Both Lely and Saleon also progressed without losing a match.

Emerging from the Losers' Side were American Pool stars Klenti Kaci (Albania) and Denis Grabe (Estonia).

​Talented teenager Kaci finished top of the 2017 World Pool Series rankings after winning two of the four main events held in New York. The consistent Grabe has represented his country in the televised World Cup of Pool before and finished a very respectable 13th place here last year.

​There was prosperity for the female side of the sport too as Singapore's Charlene Chai made it through after ironically ousting fellow lady player Catherine Spyrou of Cyprus 8-7 in the last round.

The main event begins tomorrow in Qinhuangdao. If you haven't already done so, you can read our preview here.

If you are unfamiliar with the Chinese 8-Ball discipline, why not head on over to Home Leisure Direct's blog here to learn more.

Written and published by Michael Day on the 6th January 2018​​