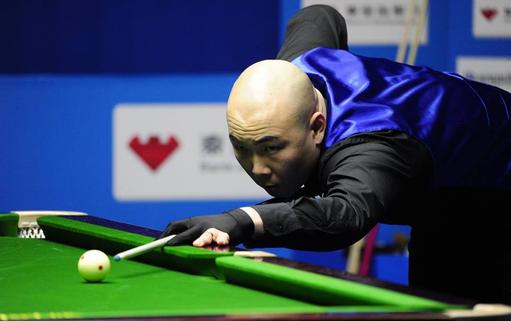 Over 180 players started, but after 7 days of intense action, the home qualifiers for the final stages of the 2018 JOY World Chinese 8-Ball Masters are now known.

24 of the 64 spots in the main draw are allocated to players from China. Despite a season of events, everyone from the host nation had to qualify, (except for Number 1 ranked player Wu Zhenyu), including some of the sport's most prolific names. The format was Double Elimination, although 32 of the players were seeded.

2015 & 2016 World Masters Champion Yang Fan (pictured above) is on course for a hat-trick of titles after he advanced through. Yang had an awesome 2017 by winning the World Championship and the Hangzhou Station on the JOY Tour. He will undoubtedly be a serious contender to defending and 3 time champion rival Gareth Potts.

Zheng Yubo will also pose a potent threat to anyone after qualifying also. He enjoyed a lucrative campaign which saw him secure successive JOY Tour victories in Linyi and Lianyungang.

Last year's World Masters Runner-Up Zhang Kunpeng has a chance to go one better after he made it through as well. Zhang was caught, and then ousted by Potts in a dramatic Black Ball Shoot-Out in the 2017 final.

Possibly the most noticeable name to miss out was current JOY International Open Champion Liu Yang who was eliminated by Meng Fanyu.

From the 4th-6th January is the International Qualifying event for those players from outside of China. There will be 8 positions up for grabs in the main draw.

The final stages of the 2018 JOY World Chinese 8-Ball Masters will take place from the 7th-12th January. The tournament is set to be bigger than ever, with a record breaking $151,000 going to the champion.

Englishman Potts is back to defend the title, and he will be joined by fellow Cuesports superstars such as Shane Van Boening, Carlo Biado, Karl Boyes and Corey Deuel - just to name a few. 6 different continents will be represented in Qinhuangdao City.


Picture above is courtesy of Max Mu

Written and published by Michael Day on the 2nd January 2018