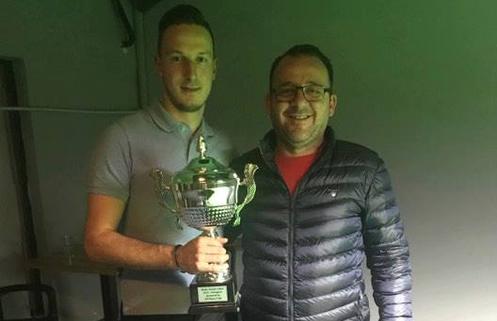 This annual event featured 32 players competing in a one-table set-up at the Tal-Pjazza Cafe across six days of action. As well as the established host nation contingent, there was also representation for England and Sweden. The same venue hosted the European Under 17 Open last week.

Current professional Alex Borg's bid was stopped in Round 2 by Albert Mangion (4-3) and recent main tour ticket holder James Cahill (England) had his journey ended when going down to Duncan Bezzina (4-2) in the Quarter-Finals.

Youngster Cini - who has been a familiar face in a number of big amateur events, including Q-School, defeated Andrej Nasibov (Sweden) 4-0, Clayton Castaldi 4-1, John Farrugia 4-1 and then Frans Abdilla 5-2 to make the final.

There he faced fellow countryman Chris Peplow. Breaks of 111 and 101 for Cini helped him to a 6-3 victory, therefore securing the title, trophy and 1,200 Euros.

For an island as small as Malta, the nation has a very passionate and proud history with Cuesports. In March Malta will host the inaugural World Snooker Federation Championships which will see Ladies and Seniors categories before the Mixed-Gender main event. To learn more about this ground-breaking new concept, please visit the WPBSA website here.

Picture above is courtesy of Vincent Pisani

Written and published by Michael Day on the 18th January 2018