The eight-day Qualification 'Pressure Cooker' for the Crucible stages of the 2018 World Professional Snooker Championship begins on Wednesday at the English Institute of Sport in Sheffield.

In total 144 players will begin this year's Championship, although the World's Top 16 - which is now known, have their Crucible berths secured. This leaves 128 players trying to clinch one of the 16 qualifying spots on offer across three straight Best-of-19 Knock-Out rounds.

With the exception of Thai pairing Boonyarit Keattikun and Kritsanut Lertsattayathorn (who have barely featured at all this season), all the professionals on tour have entered the record-breaking £1,968,000 event. This meant there were 15 remaining places in the qualifiers on offer for amateurs. Today, the WPBSA confirmed them.

THROUGH VIA THE RECENT WSF CHAMPIONSHIPS

All four of these players have competed in the World Championship qualifiers before, in fact, only Stefanow has yet to be a professional.

​Stefanow was Runner-Up to China's Luo Honghao in the inaugural WSF Championship Final last month in Malta. Unfortunately due to visa issues Luo, who reached the Last 16 at this week's China Open, could not accept his invite.

All four Semi-Finalists of the WSF Championship were guaranteed a place at the EIS. 44 year-old Helgason actually qualified for the Crucible in 2000 after coming through five rounds of qualifying. Stefanow and former European Under 21 Champion Filipiak could create history, as no Polish player has ever featured at the Home of Snooker.

Figueiredo won the WSF Seniors Championship at the Dolmen Hotel. The Brazilian was one further win away from making the Crucible in 2015. He too would be the first from his country, or indeed South America, to make it.

The top two Women Snooker players on the planet will be back to try and create history of their own.

In Malta, recently enlisted World Number 1 On Yee defended the WLBS World Championship without dropping a single frame throughout. The Asian star has played in the last two qualifying editions (at Ponds Forge), losing 10-1 to Peter Lines and Nigel Bond in 2016 and 2017 respectively.

11-times World Women's Champion Evans caused somewhat a sensation last year when defeating Robin Hull 10-8 in the opening round before losing 10-6 to Lee Walker. In 2015 she was ousted 10-8 by 1997 World Champion Ken Doherty first up.

THROUGH VIA EBSA METHODS

The most well known name from this list is two-time ranking event finalist Jamie Cope who has reached the Crucible on five occasions. After being relegated from the top tier last season, Cope gets a wildcard here by virtue of finishing top of the EBSA Order of Merit - an amateur ranking list decided by results from the 2017 Paul Hunter Classic and the 2018 Gibraltar Open.

Chandler defeated Brown to become the 2018 European Amateur Champion in Bulgaria during February. Chandler, who will make his pro debut in the next campaign, has never played in the qualifiers before, but Brown, who was pro for one season, has played them twice before.

​Welsh youngsters Rees (2018 European Under 21 Runner-Up) and Page (2018 European Under 18 Champion) return after both being at Ponds Forge last year. Page painfully lost on the final black in a decider to Martin O'Donnell in the Last 144, whilst Rees was also invited in 2016 too.

Canavan held his nerve to pot the tie-breaker black in the final of the recent World Seniors Championship at the Baths Hall in Scunthorpe.

Coming back from 3-1 down to former Crucible Quarter-Finalist Patrick Wallace, the Jersey cueist 'Dared to Dream' and sunk the black for glory, and is now just three more matches away from a remarkable story - he has never played in the qualifiers before.

Ridley is the current Oceania Champion, a title he claimed for the first time a few weeks back in his homeland.

Also the reigning Australian National Champion too, Ridley is perhaps remembered for upsetting Ben Woollaston during the wildcard round of the Australian Goldfields Open in 2015.

Ridley is joined by fellow countryman and promising youngster Thomerson, who is a regular practice partner of Neil Robertson.

Singaporean Marvin Lim reached the Last 16 of the WSF Championship. Both he and Thomerson were awarded Development Invitations. Neither of the three have played in the World Championship before.

The draw for the World Championship Qualifiers is due to take place on Monday morning.

Picture above is courtesy of Monique Limbos / WPBSA 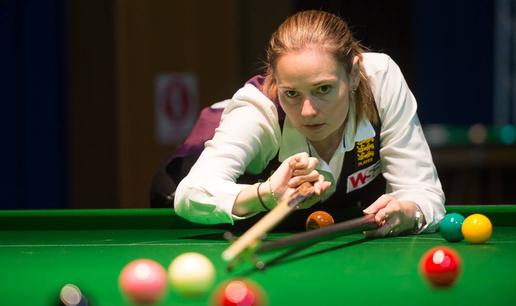