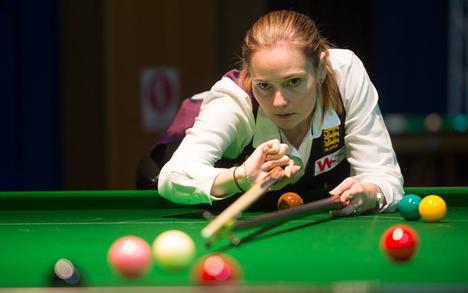 History was made in Malta on Wednesday after the opening sessions of the inaugural World Snooker Federation Championships were completed.

Attention at the Dolmen Hotel will initially be on the WSF Women's and Seniors Championships which take place across the next four days. Both events begin with Round Robin Groups as players try to qualify for the Knock-out stages.

Reigning World Women's Champion and the newly installed World Number 1 Ng On Yee began her title defence with a satisfactory 3-0 win against Poland's Katarzyna Bialik; producing a 49 in the last frame.

Elsewhere in Group A, Australian Judy Dangerfield put herself in a strong position after a 3-0 victory over Ireland's Ronda Sheldreck.

11-time champion Reanne Evans started her bid with an impressive performance. The 32-year-old registered breaks of 61, 38, 35 and 48 as she defeated Brazil's Fatima Gusso Rigoni 3-0.

Someone with all the credentials to claim this championship is Belgium's Wendy Jans, a winner of many big international events in the recent past. Jans struck a half-century during her 3-0 win over Ewelina Piślewska (Poland)

The exciting young Thai duo of Nutcharat Wongharuthai and Waratthanun Sukritthanes were also victorious; neither dropped a frame in the process. Sukritthanes highlighted her result with a 61.

Ip Wan In Jaique (Hong Kong) produced the comeback of the day as she recovered from 2-0 down against Suzie Opacic (England) to record a 3-2 success, crafting a 50 break in the deciding frame.

​In fact, it was a clean sweep for all the Asian representatives with Yee Ting Cheung (Hong Kong) and Mei Mei Fong (Hong Kong) also getting on the board.

​The Seniors Championship also looks very competitive with a number of ex-professionals and well-known amateurs involved.

Arguably the pre-competition favourite; former World Number 8 Darren Morgan (Wales) stated his intentions with a 3-0 win against Boris Lazarkov (Bulgaria), racking up contributions of 77, 50 and 124 on route. He then followed it up with another 3-0 success in the evening session over the host nation's Frans Abdilla.

A Crucible qualifier in 2000, Iceland's Kristján Helgason also has a perfect record chalking up breaks of 65, 58, 64 and 101 across his two fixtures.

Ireland's Michael Judge - a top 32 player in the past, opened up his account with a 3-0 (74 break), whilst recent top tier figure Igor Figueiredo recorded the same scoreline.

To see all the results from this year's WSF Championships, please visit here.

Picture above is courtesy of Monique Limbos / World Snooker Federation