Former professional snooker player and 2010 Shanghai Masters finalist Jamie Burnett has signed up to the series, and he too is on duty early doors when up against another promising youngster in Kian Monaghan. An entrant who has made an even bigger commitment is Australia’s Jake McCartney, whose thirst for premier level pool will be quenched in this unique, pressure environment. McCartney plays Scott Crawley Friday lunchtime.

Just some of the superstar names waiting in the first round are Tom Cousins, Gareth Hibbott, Shaun Chipperfield and Ronan McCarthy.

Following the success of their introduction at the Grand Final last December, the series makes a full transition to Supreme Rules throughout this year. Format-wise, the 2019 Liberty Games Open features an initial double-elimination qualifying portion where eight will emerge undefeated, whilst another eight will come through the ‘Losers’ Side’ to join them. From the last 16 onwards the tournament becomes straight knockout.

You can catch free, live action of the 2019 Liberty Games Open courtesy of Beard Productions on YouTube across all three days. Starting Friday at 12.30GMT, four tables from each session will be streamed simultaneously. 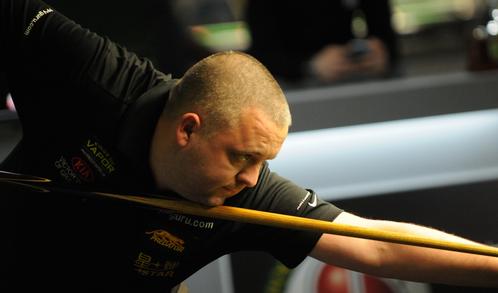 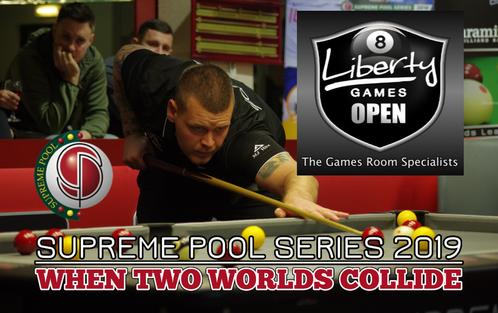 Held at the Players Pool and Snooker Lounge near Stoke-on-Trent, the competition is the curtain raiser to this year’s prestigious five-event Supreme Pool Series that brings together top, multi-disciplined English 8-Ball players from across the world. Entries from the UK, Europe, Africa and even Australia will have their eyes on the title and a lucrative £5,000 top prize payday come Sunday evening.

Scotland’s Gillespie made history in 2018 when he claimed the first ever SPS event. He will be hoping to repeat his success of making a fast start to a new term this weekend, although he faces the unenviable task of multiple major tournament winner I'Anson first up in a preliminary round tie.

Number 1 ranked player Liam Dunster, who claimed last season’s concluding Grand Final and walked off with a record-breaking cheque of £51,000, will start the defence of his pole position against the rapid Darren McVicar.