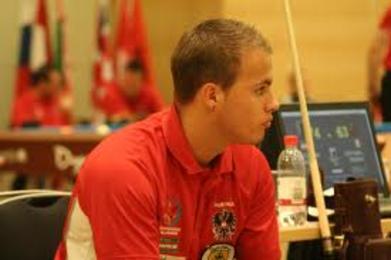 The Austrian, who took that maiden major title at the start of July, replaces Carlo Biado of the Philippines in top spot.

It is reward for Ouschan's consistency over the last couple of years, which includes a silver medal finish at the 2014 World 9 Ball Championships in Doha, Qatar.

Great Britain's Darren Appleton moves up to 2nd, aided by his exploits of winning the Chinese 8 Ball World Title earlier in 2015.

Biado slips down to 4th, behind Taiwan's Ko Pin Yi, the man he lost to in the final of this year's World 10 Ball Championship.

He currently leads the 'World Events' and 'Combined list', two avenues of which he could get into the 5 man team come December in Las Vegas.

Albin's newest achievement also means a unique double for the Ouschan family, after his famous sister Jasmine being a former Women's World Number 1.