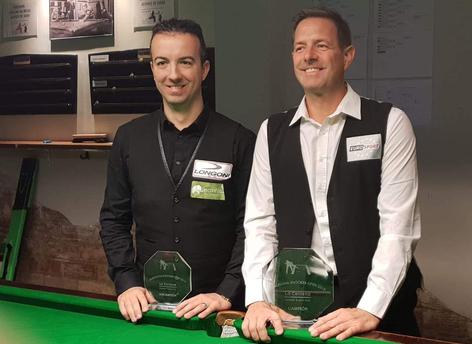 Sporting wise, Barcelona is better known for the Camp Nou and Lionel Messi, but snooker in the city - and the Iberian peninsula as a whole - is starting to get traction.

The Barcelona Open was the idea of Daan Leyssen, the current LASE champion. Competed across two days, players from the host nation and elsewhere in Europe entered the event. Initially split into groups, the top two from each qualified for the quarter-final knockouts.

Former world number 53 and 2001 World Games gold medalist Haneveer from Belgium was billed as the star attraction, and he lived up to expectations. Having ousted 2017 World Pool Masters champion David Alcaide (Spain), 5-4 in the final, Haneveer claimed the title, trophy and a 700 Euros payday.

Elsewhere in the competition, Francisco Sanchez Ruiz - another top level pool player from Spain and current national snooker champion, also took part. During the Gibraltar Open the week before, Sanchez Ruiz qualified for the professional rounds of the tournament and then defeated current world number 44 Martin O'Donnell, 4-3. He bowed out to Ken Doherty, 4-2, in the following round.

The picture above is courtesy of David Alcaide Bermudez on Facebook / La Centena Snooker and Pool on Facebook.