BACK TO SCHOOL FOR RECENTLY RELEGATED PROFESSIONALS

Following the confirmation of amateurs from a few weeks ago, recently relegated professionals have also entered the 2018 Q-School which takes place at the Meadowside Leisure Centre in Burton next month.

Starting on the 14th May, the event returns to its original format which consists of three separate knock-out competitions which sees the Semi-Finalists of each (12 in total) securing tour cards for the 2018/19 and 2019/20 seasons.

The list of retained professionals has been finalised after results from the World Championship. For those falling the wrong side of the cut-off points, this is their only opportunity to make a seamless return onto the top tier. As expected, some have chosen to enter, some haven't.

WHO'S IN?
The player who lost his tour spot by the narrowest of margins was Sam Craigie, who despite several impressive performances throughout the campaign was just outside the Top 8 OOM after his defeat to Jimmy White at the EIS. Craigie is in the draw for Q-School.

David Grace, a Semi-Finalist at the 2015 UK Championship and Sam Baird (pictured above), who reached the Last 16 of the 2016 World Championship, will also both be in Burton.

Many of these players earned their pro status via Q-Schools in the past, but with just 12 spots on offer, some will have no choice but join the amateur set-up afterwards.

WHO'S OUT?
For various reasons, there are 8 players who have elected to not be part of the action in Burton.

Welshman David John, who got several tough opening round match-ups, struggled for results on the circuit and will not return straight away.

Australia's Kurt Dunham declared on Social Media he would be going back home, whilst India's Aditya Mehta, Runner-Up at his home professional event of the 2013 Indian Open, was planning to enter, but he has decided to give a re-occurring neck problem a chance to heal.

The Republic of Ireland's Josh Boileau and Wales' Ian Preece are not seen in the draws either, the same as Thai pair Kritsanut Lertsattayathorn and Boonyarit Keattikun, who barely featured this term.

Another player presumably in limbo is veteran Thai James Wattana, whose two-year wildcard has now expired. The former World Number 3 and Asia's first ever ranking event winner will apparently not be in Q-School, so his status for next season is not known yet.


I will do previews for Q-School closer to the time, looking at each draw in detail. 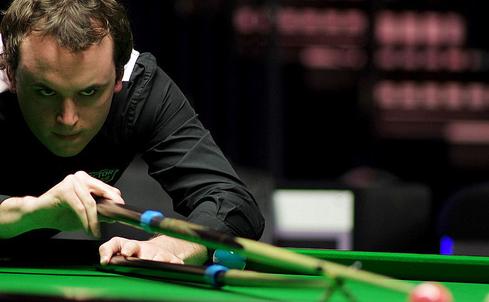