​​​History will be made next month with the first ever World Disability Billiards and Snooker event to be held outside of the UK; the 2018 Belgian Open.

The WDBS was formed in 2015 with the concept of making both competitive and non-competitivesnooker available and inclusive for those with disabilities. The organisation has already held a portfolio of events such as open days and competitions within the UK.

Interest, intrigue, profile and participation have all grown, with eight different categories of disability being accommodated for in their tournament structure.

As numbers have increased, the calendar has got busier. The 2018 WDBS season will be the biggest yet with exciting new ideas lined up. During February we have seen the two latest stops on the circuit – the Northern Classic held in Preston and the recently completed UK Open from Northampton.

Next up is the ground-breaking Belgian Open which will take place at the Trickshot Club in Bruges between the 23rd-25th March. The event is open to players from Groups 1-6 (please see below for information on this). With membership from the Home Nations rising, it was a natural progression to go international.

For the WDBS to achieve their ultimate dream of Paralympic re-selection, the next phase of their development is getting players and governing bodies from new countries involved. We have seen the popularity of snooker boom across continental Europe in recent years, so the potential for the WDBS to host events on the mainland is significant. Future plans are also being drawn to expand beyond the continent too. 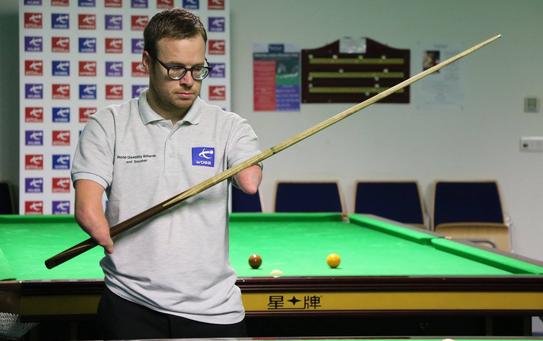 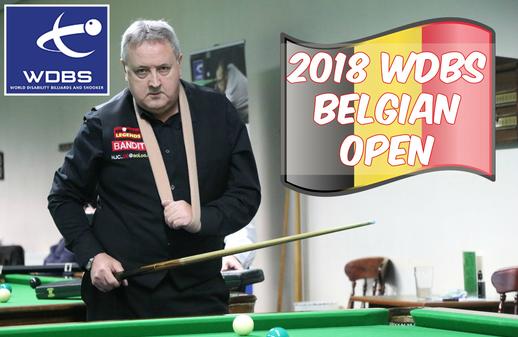 ​HOW DOES IT WORK?
Similar to the models used in other Parasports, players are categorised into different disability classifications, meaning they will compete against someone with a similar disability.

In total there are 8 different groups, and within them there are 36 profiles. Without going into too much detail, the groups consist of -

*Groups 3, 4 and 5 feature players with a range of impairments with one or more limbs

WANT TO PLAY A PART IN HISTORY?
There is still time to enter the Belgian Open – it is open to players from Groups 1-6, anywhere in the world.

On the Friday we will see the latest Group 6 tournament run alongside a completely free Open Day where players can learn more about the organisation and receive coaching from a qualified WPBSA coach in a pressure free environment.

Saturday and Sunday will see the remaining Groups play their events.

The venue is completely accessible. To enter, you can download the entry forms via the WDBS website here.


POTENTIAL – HUGE!
The WDBS has only just tapped the surface. There are many, many further targets and ambitions they want to achieve.

I have visited the last few WDBS events and I can tell you what a special atmosphere there is.

With cuesports in general being so inclusive, in my mind I believe this could be one of the biggest disability sports in the world - if not the biggest. That's a bold statement, but I really do.

Snooker was one of the founding sports of the Paralympics and a part of the Games right up until and including 1988 - there is no reason why it shouldn't rightfully get its place back in the timetable.

Written and published by Michael Day on the 23rd February 2018