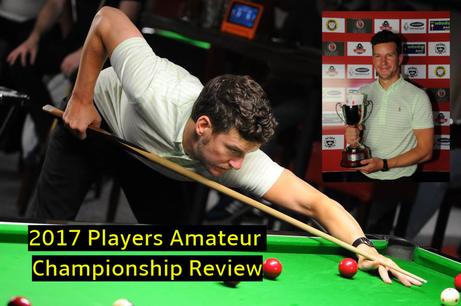 Over 80 players representing the UK and beyond started the three day Blackball tournament which featured talent and champions from both sides of the rules divide competing under the same roof.

Batten's achievement in Stoke last weekend is remarkable when you consider how he done it and who he eliminated along the way. It is the most significant tournament victory of his career so far.

​After opening the event with a brace of victories, the current IPA professional was pushed to the Losers Side of the draw following defeat to Gavin Lomax. Now forced to take the extra long road to Quarter-Final qualification, Greg began his journey with success over last year's Runner up Sam Bircher and then came back from behind to oust the Republic of Ireland's Shaun Sharkey 8-7. Wales' Elliot Combe was then next to be sent packing.

In the following round he ended the hopes of 2/1 pre-tournament favourite Steve Petty; holding his nerve in a deciding frame having watched Petty claw his way back from 7-2 down.

​His qualification match saw him cross cues with local player Rob Wharne, the winner of £10,000 at the Supreme Masters Championship here back in July, but Batten denied Wharne claiming consecutive tournament wins on this Players Series with an 8-6 success. The victory was two-fold for Batten as it meant revenge having lost to Wharne during a deciding frame in the Semi-Finals of that Masters event.

In total the Devon cueist had come through seven rounds to reach the money. With 8 players left, the tournament was reset into a straight Knock-Out. Qualifying for those Quarter-Finals were four players from the Winners Side and another three joining Greg from the one-loss section.

Having travelled the longer avenue with Batten were Seb Web, Arfan Dad and Lomax.

In a high quality starting entry of such talented players, there were bound to be big names eliminated earlier than perhaps expected. Second favourite Jordan Church departed in the 4th Losers Round, whilst May's Bulldog Security Challenge Champion Shaun Storry lost 2 of his first 3 matches.

IPA World finalist Simon Fitzsimmons lost his opening match of the tournament but then reeled off five straight wins on the other side. However, his incredible escape act was halted by Dad in the final qualifying round.

The Quarter-Finals meant all those remaining were in the money.  Now all back on a level footing, Batten comfortably dispatched Dad 11-5 and then dethroned Lakin 11-9 in a dramatic, pulsating Semi-Final clash.

His opponent in the final would be Web after he recorded an amazing comeback against Nosko in the Last 8 to squeeze it in a 21st frame and then defeated Lawrenson 11-7.

A very successful and well-renowned money match player, this was Web's second big tournament final in the space of a year having lost to Nosko in one of the event finals at the Savanna Double Dare in Manchester.

Batten started the final as the favourite, and quickly established a dominant 9-1 advantage after a combination of excellent play and capitalising on Web's mistakes or misfortunes.

Web then had a brief positive spell chalking up 3 of the next 4 frames - making the scoreline respectable, before Batten finished the job in style to record an 11-4 overall win.

The £7,000 he banks represents one of English 8 Ball Pool's biggest paydays this year and is reward for his consistency over the summer that also saw him reach the Semi-Finals of the IPA European Professional Championship. In total he won 10 matches throughout the long weekend, including the last 8 in a row.

The second annual Players Amateur Championship was the third and last event of this year's Players Series which has seen thousands of pounds dished out.

The bar and prize money are set to be pushed, in fact smashed, next season as the series expands to 5 events and becomes open to any Cuesport professional. It is a brave statement by tournament organiser Lee Kendall, but one which is undoubtedly great for the sport and progression of English 8 Ball.

As fans we now have the possibility of consistently seeing the planet's best Blackball and World Rules exponents mixing it together under the same structure.

It is now time for the players to step up and enter – the opportunity is there. Should each tournament reach its full entry capacity, the prize money on offer is a different world to what we have been used to when it comes to English 8 Ball Pool.

Pictures above are courtesy of the Players Pool Events Facebook Page.

Written and published by Michael Day on the 3rd October 2017