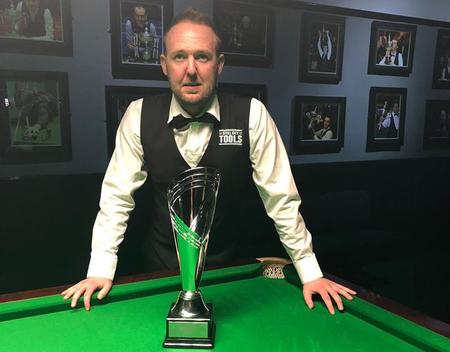 Adam Duffy became the eighth different winner on this season's Challenge Tour, as he won Event 9 this weekend at the Star Snooker Academy in his home city of Sheffield.

The penultimate leg of this second-tier campaign drew in 56 entries from 11 different countries, but it was a native of the 'Steel City' who emerged victorious. Duffy began his bid with a 3-1 win over fellow ex-professional Simon Bedford, the player who claimed the previous event in Budapest, Hungary during November. He then eliminated George Pragnall (3-0) and Jamie McArdle (3-1) in the last 32 and 16 respectively.

Whilst the result rockets Duffy up into ninth on the Challenge Tour ranking list, he is out of contention in regards the top two promotion picture. This was however only his fourth stop on the circuit this season.

Despite his loss to Duffy in the semi-finals, it was a very satisfying weekend for Sargeant who now has one hand and several fingers on one of the two professional tour cards on offer.

The £700 he banked strengthened his position at the top of the order of merit. Sargeant's running total is currently £6,625; he has a healthy advantage over second placed David Grace (£5,775) and third-placed Mitchell Mann (£5,725) - the only two players who could dislodge him.

​It is an attractive lead, but not mathematically unassailable. At March's tenth and final event, Sargeant would miss out if he lost in the last 64 (or if there is a prelim) and both Grace and Mann reached the final. However, this is the only way he could be denied, and with no seeding involved his closest rivals may be drawn in the same half, therefore he would be safe regardless of the outcome.

​The draw of Event 10 will be pivotal. It would seem that if Grace could equal, or better, Mann's result he would qualify back onto the top tier. Although fourth-placed David Lilley (£4,200), who reached the quarters in Sheffield, can gatecrash and swipe the second ticket if he were to win Event 10 and both Grace and Mann lost before the quarter-finals there.​

The picture above is courtesy of the Star Snooker Academy, Sheffield.