​Apart from the low camera angle we had to watch from on TV, the opening day of this inaugural invitational event seemed a success. The venue looks big and clean, although I guess it would be with just a two table set up in place rather than four or eight.

There has been a good deal of intrigue and excitement about having such a lucrative invitational overseas event. I think it was important for this tournament to have its own brand and identity, instead of being just a 'Chinese version' of the Masters. Organisers have certainly distinguished it with a different set-up, format and qualifying criteria.

Unfortunately, this year's edition is in effect a pilot. Next season this will be changed into a full major ranking event with all 128 players (presumably one qualifying round in the UK initially), and the first prize will apparently drop. I echo the feelings of a lot of people on Social Media who believe that's a shame.

I'm not hating on the idea of another ranking event; it's great for players further down the list to boost their earning potential and playing experiences. I just feel there is a risk of the Chinese events being too similar, and there could be a niche for something exclusive and unique. If it is to be the case, why not trade one of the UK's invitational events to be held over there - England / Wales already hosts the Masters, CofC, Players Championship and World Grand Prix.

Anyways, on to the action...

Newly crowned International Championship winner Mark Selby continues to efficiently bulldoze whoever is in front of him after easily dispatching Anthony McGill 6-2 during the afternoon session in Guangzhou.

World Number 1 for 90 consecutive weeks now, a relentless Selby looked as if he may complete a whitewash when going 4-0 up at the mid-session interval.

Indian Open champion McGill avoided that fate on the resumption, although the sharing of frames meant it was the World Champ who goes through to Thursday's Quarter-Finals.

Since Scotland's McGill unleashed the 'Crucible Curse' on Selby during his first WC title reign in 2015, all three matches subsequently have gone to the Englishman. Clearly don't make him angry!

Apart from being the 'Man of the Moment', we know how much Selby likes an invitational event having won the Masters three times as well as reaching two other finals. £125,000 for his IC win, his bank manager would be even more happy with a cheque for £200,000 winning this.

Mark Allen may have benefitted from missing out in Daqing last week when he eliminated Ricky Walden 6-4 on the other table.

In a repeat of the Players Championship Final from March (which Allen won), Walden took an early 3-1 lead. However, after the break, Northern Ireland's Number 1 won 5 of the next 6 frames, including efforts of 106 and 140 to progress.

Having opted out of a few events this campaign already, this will be Allen's first Last 8 appearance since that Players Championship success.

Apart from a purple patch during March and April earlier this year, Walden's results since winning the 2014 International Championship have generally been patchy. It's tough on this competitive tour, but after last week's IC, the revised ranking list have him outside the World's Top 16 for the first time in four years.

Arguably the other two form players of the season so far, Judd Trump and Ding Junhui, took to the stage for the evening session, but both suffered defeats. Whilst they were odds on for their ties today, their eliminations by quality opposition such as Ali Carter and Marco Fu are hardly major upsets.

Trump, probably the player of the month for October, led Carter 1-0, 3-2 and 4-3, but this season's World Open victor was strong at the end in bagging the last three for a 6-4 victory.

Personally, I find the Fu win more surprising - he is only in this event courtesy of a wildcard from the CBSA (Chinese Billiards & Snooker Association). Since his run to the Last 4 at the Crucible, he has failed to reach the Last 16 of any of the opening seven ranking events this term. ​He also has a relatively poor career head to head record with his fellow Asian.

​However, breaks of 74 and 83 put him 2-0 up before claiming the third on the black. Ding got a foothold when chalking up the next two, but just missing out on levelling it in the sixth may have affected his momentum. Fu went on to take it 6-3.

​Written and published by Michael Day on the 1st October 2016 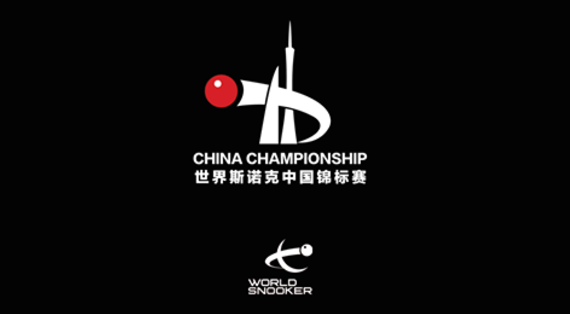