One of his proudest moments was winning 9-Ball Gold at the 2013 World Games for Great Britain in Columbia, where he again held his nerve in a concluding hill-hill finish.

Further World titles would be added to his glittering CV – successive World Straight Pool Championships in 2013 and 2014, and then the inaugural World Chinese Pool Championship in 2015 where he ousted Mark Selby in a gripping finale to avenge his loss to him in the 2006 WEPF final.

Alongside partner Karl Boyes whilst representing England A, Appleton also won the World Cup of Pool title in 2014.

Appleton is perhaps most well-known for his heroics during the annual Mosconi Cup, where he has been a seven-time champion with Team Europe, scoring the coveted MVP award in 2010 too. He will join fellow Mosconi Cup winning teammates Chris Melling and Boyes during the Series at the Players Pool and Snooker Lounge in Stoke-on-Trent, England.

As recognition of his accolades within the sport, Darren was inducted into the Billiard Congress of America Hall of Fame in 2017.

Appleton is the latest in a galaxy of talent to sign up for the Series, which is highlighted by World Champions from various Cuesports disciplines and rule-sets, past and present.

After an absence of 11 years from playing English 8 Ball, the temptation to be part of this historic concept was too great for Appleton to resist.

The opening event of the campaign will be the Jason Owen Open between the 4th-6th May.

Written and published by Michael Day on the 26th February 2018 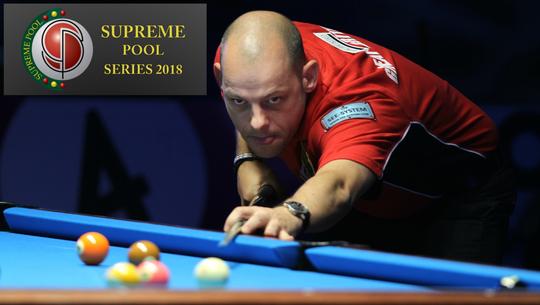 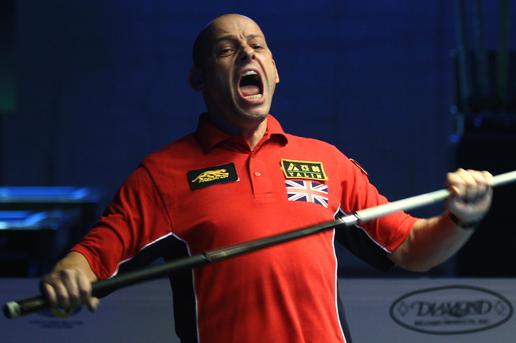 DARREN APPLETON SIGNS UP FOR THE SUPREME POOL SERIES

​BCA Hall of Famer and worldwide Cuesports superstar Darren Appleton is the latest addition to the ground-breaking Supreme Pool Series that will take place throughout 2018.

A multiple World Champion in different disciplines, Appleton will return to his English 8 Ball Pool roots in at least four of this year's five events. The Supreme Pool Series boasts prize money never seen before in a structured circuit of competitions – the winner of December's Home Leisure Direct Grand Finals will bank a staggering £40,000.

Appleton is no stranger to winning big prizes. Before making his move onto the American Pool scene, he was a regular champion of major events on the smaller table in his native land. He topped the English 8 Ball IPA tour rankings and reached two WEPF World Championship finals.

His rise up the ranks Stateside was incredible; he quickly became an established star challenging for the sport's top honours.

It wasn't long before he claimed his first world title in the Philippines in 2008 with glory at the World 10-Ball Championship. The following year he won the prestigious World Pool Masters in front of the Sky Sports cameras with victory over Nick van den Berg. Appleton will be playing in Gibraltar this coming weekend for the 25th edition of that invitational event.

The US Open 9 Ball Championship – arguably the most famous tournament in American Pool, was next to be conquered by 'Dynamite' in 2010. The Englishman then continued to create history, taking down the 2012 World 9 Ball Championship in Doha, Qatar via a dramatic deciding rack victory over Li Hewen in the final.