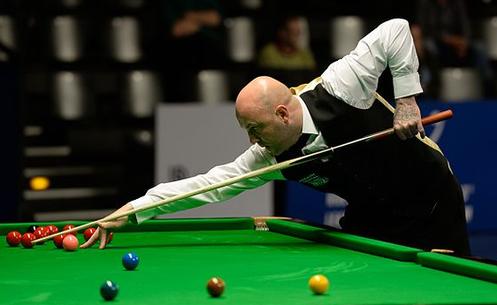 Mark King's dramatic and emotional Northern Ireland Open victory last night was the third consecutive event on the circuit to be won by an Over 40's player after John Higgins' triumphs at the China Championship and Champion of Champions.

In fact, this a trend we have seen for much of the opening 11 tournaments of the campaign, with a number of fine performances and impressive results from cueists in their 40's; and even 50's.

Below is a list of players, aged 40 or over, who have reached at least a quarter-final this season already. Their age at the time is in brackets.

As you can see from the stats above, a player of 40 or over has appeared in at least the Semi-Finals of all 11 major professional events so far. Stuart Bingham also reached the Final of the unlisted World 6 Reds Championship in Thailand too.

Looking back throughout 2016 as a calendar year, that particular streak is extended when you take in to account Alan McManus' memorable run to the Semi-Finals of the World Championship and John Higgins making the Last 4 of the China Open. You have to go back to the Players Championship in March to see four players under the age of 40 contesting the Semi-Finals.

​The tour may be busier and more hectic than ever before, but it certainly seems that experience counts.

Written and published by Michael Day on the 21st November 2016