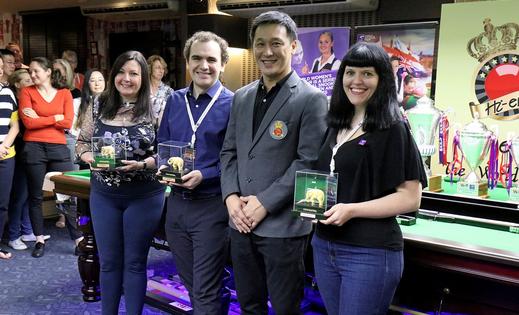 TCV - The women’s circuit is now becoming a truly global tour with events in the UK, mainland Europe, Asia and Oceania. Do you have plans to expand out into further regions too?

​MH - For sure, we have been in talks with a number of venues during the last few months with the aim of taking the WWS Tour to more new countries in the future.

Clearly in the current climate it is difficult for us to be able to make firm plans in respect of upcoming events, but when the time is right we look forward to taking the tour further afield still and seeing our players back on the baize.

TCV - Last year's Women's World Snooker Championship held at the Hi-End Club in Bangkok, Thailand was seen as a real success and labelled as the best championship in a generation, possibly ever. Working at that event can you tell us a bit more about your experiences over there?

​MH - Yes, both the World Cup and World Championship events that we held in Thailand were fantastic. Not only is the venue itself a fantastic place to play snooker, but even more importantly the support and hospitality we were afforded by everyone at the Hi-End Snooker Club and the Billiard Sports Association of Thailand was second to none.

I have only been involved for a relatively short time of course, but I remember speaking to Mandy during the tournament and she said that it was one of the best that she had been involved in during her 40 years at the helm.

Of course, we were looking forward to returning this summer which we have had to delay for the time being, but we are very much committed to returning to the Hi-End as soon as we can.​​

TCV - In recent seasons we’ve seen several opportunities for top performing players on the WWST to play in professional events such as the World Championship, Shootout, World 6-reds and the Champion of Champions. Is that a conscious effort between yourselves and the World Snooker Tour to increase exposure for the women's game?

​MH - At the WPBSA we have very much been at the forefront of providing opportunities for women to compete on the professional circuit - which as it has always been – is open to both men and women alike.

As you say there have been more and more opportunities created over the past few years for women to play at the very highest level, not only because they have earned the right, but also because it is crucial to help inspire the next generation of talent to pick up a cue and try to emulate these players.

We firmly believe that there is no reason why women snooker players cannot be as good as men and that if we can create the opportunities and the incentive for women to take up our sport, then sooner or later the talent will come through, as we are starting to see now.

TCV - Reanne Evans and Ng On Yee have been the undisputed dominant forces in the women's game for several years now (Reanne for a lot longer than that). However, do you feel that the gap is closing on the top two?

​MH - I think that the strength in depth in the women’s game is as strong as it has been certainly during my involvement in the tour.

I remember last year in Thailand looking at the quarter-final line-up (Evans, Ng, Nutcharut Wongharuthai, Rebecca Kenna, Wendy Jans, Ploychompoo Laokiatphong, Baipat Siripaporn and Waratthanun Sukritthanes) and genuinely thinking that any of the eight players could have won the title, it was that hard to call.

Of the younger players I would also have to give a shout out to Emma Parker who has impressed me a lot in recent months. As the main photographer at our events I do get to see a bit of our players in action and I could see a noticeable improvement in her game, which she backed up by winning the English Women’s Championship a few weeks later for the first time.

Nevertheless, it should be pointed out that the top two have won all bar two of the ranking events held during the past seven years to date, so they remain very much the gold standard and the players to beat in the women’s game.

​TCV - What are your hopes and ambitions for women's snooker in the short and long term?

​MH - During the past five years I do feel that the women’s game has come a long way with the globalisation of the tour and the new opportunities that have been created. But of course, we also recognise that there is still a long road ahead before women’s snooker is ultimately where we would like it to be.

In many respects the goals in the short and long-term are the same – to provide the best events that we can and a circuit that can inspire and reward those who take part, encouraging more women and girls to get involved with our sport at all levels.

If we can continue to see a rise in the number of women playing snooker, then the likelihood of an elite talent emerging who can ultimately graduate to the professional circuit will only increase. We all firmly believe that it is only a matter of time until that happens and with the plans that we have are excited by what lies ahead.

The Cue View would like to thank Matt for his time in talking to us. To learn more about World Women's Snooker please visit its website here. WWS is also on Facebook and Twitter.

Despite the ongoing COVID-19 pandemic, the 2020 Women's Snooker Day will still be taking place online.

Article written and published by Michael Day on the 28th April 2020.​ 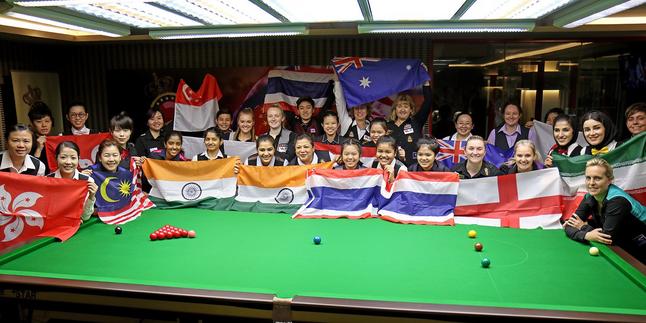 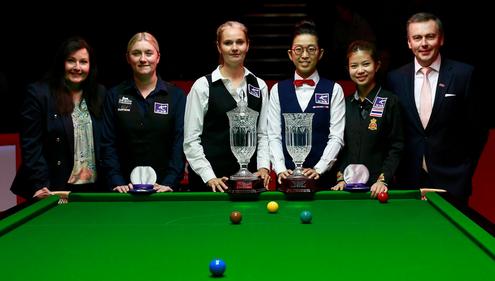 ​In recent years, women’s snooker has continued to grow in stature with increased opportunities and exposure; perhaps experiences that players in the past did not receive enough of.

The top tier circuit for women competitors is also on the up. Rebranded in 2018, the World Women's Snooker (WWS) Tour showcases a dynamic mix of cueists with representatives from six continents featuring in its ranking system - something that even the professional tour can't currently boast.​

In celebration of this year's Women's Snooker Day, we spoke to WPBSA media extraordinaire and WWS Director Matt Huart about the current state of play in the women's game and its hopes for the future....

​TCV - When did you first work on women's events and how and why did you become a director of the WWS? Who do you work alongside for these events?

MH ​- The first WWS event that I worked on was the 2016 Eden Classic, shortly after I took up the position as media officer for the WPBSA at the end of 2015. It was around the same time that the WPBSA took control of World Women’s Snooker and became its parent company and so part of my role was to help to promote the events.

From there I gradually became more and more closely involved with the events to the point where in March 2018 I was invited to join the board. Having been involved in snooker for many years in various capacities, I felt that I would be able to make a difference in some small way to help take the tour forward, which hopefully we have been able to do!

I work with Mandy Fisher, who is the President of the organisation and was responsible for first setting it up almost 40 years ago, together with Chairman Nigel Mawer QPM and director Diana Schuler, who is also a player. (Mandy and Diana are pictured with Matt below)

​TCV - What is World Women's Snooker doing to encourage more players onto its circuit and do you think there has been a culture change regarding the perception of women's snooker overall?

MH - From a WWS perspective the primary focus has been on running the tour and its events to the highest standard possible. If we can make events attractive and fun to play in for players, then hopefully they will be inspired to keep playing and to come back in the future.

A significant aspect of this has also been the internationalisation of the tour which prior to 2016 was exclusively based in the UK, but now has events across Europe, Asia and Oceania. This has been one of our key goals over the past few years and something that we aim to take even further as we talk to other countries that have expressed an interest in staging an event. As a world body we have a responsibility to help provide opportunities for women everywhere to play our sport.

I think that as with all areas of women’s sport at the moment, we are witnessing a greater demand from fans and media alike for women’s snooker and hopefully this is something that we can deliver upon.​