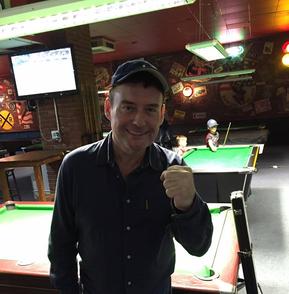 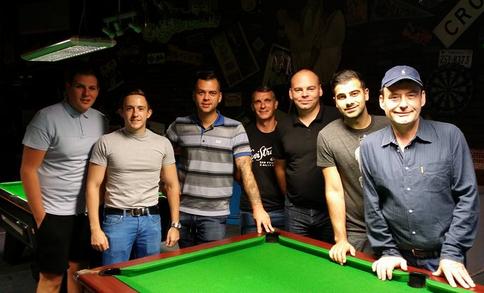 The action began with all the top tier cueists squaring off in a Round Robin with best of 3 frames fixtures. The top 4 then progressed to the Semi-Final Knock-Outs.

The two Jimmys went through with 4 victories each, whilst youngster O'Sullivan sneaked into fourth with 3 wins.

In the Last 4, Bingham was eliminated after going down to White once more (3-1) - Robertson also made sure of a payday when dispatching O'Sullivan 3-0.

There was a difference of 24 years and 69 places in the current World Rankings between the players contesting the Final, but experience still plays a big part, as the former UK and Masters champion claimed a 4-1 success and banked £950 for his day's work. The younger Jimmy went home with £450.

Jimmy White - simply a legend of the sport, is featuring in his 37th consecutive campaign on the pro circuit. In a bid to climb back up the rankings, the 54 year old is looking a lot leaner after shedding pounds during a diet.

It appears as if the change in lifestyle may be paying some dividends already. Aside from this victory, he was recorded last week making a 147 maximum break in practice too - a video that has gone viral on the internet.

Jimmy's next outing on the main tour will be at the Paul Hunter Classic a week on Friday (26th) when he faces Jamie Barrett in the First Round proper.

Pictures above are courtesy of the Cuesports Club FaceBook page