It was a historic day as Event 1 of the new World Snooker Challenge Tour got underway at the Meadowside Leisure Centre in Burton, England.

This is the first of ten tournaments in the UK and Europe throughout the season. The tour carries a total prize purse of £100,000 with £2,000 going to the champion of each leg. More importantly, though, the top two on the order of merit list at the end of the campaign will both bag guaranteed two-year professional tour cards for 2019/2020 and 2020/2021.

Recently relegated professionals David Grace and Mitchell Mann will have been disappointed not to have immediately returned to the top tier via Q-School over the last few weeks, but both will be very strong contenders during this Challenge Tour season. Both advanced to the Last 16 and 'Finals Day' tomorrow.

Former UK Semi-Finalist Grace received a bye in the First Round and then defeated Adam Edge 3-1, whilst Mann eliminated Joshua Thomond 3-1 and Jamie Trump 3-0.

11 times World Women's Champion Reanne Evans was one of the wildcard nominations for the Challenge Tour this season and she made a bright start with victories over Heather Clare (3-0) and Chae Ross (3-2).

Promising teenager Jackson Page could be another player to really benefit from the concept in the months to come; his quest for a second tier title began with difficult ties against former professionals Steven Hallworth and Jamie O'Neill, although he emerged a 3-2 and 3-1 winner respectively in both.

David Lilley finished as the top performing player at Q-School who didn't secure one of the twelve tour cards on offer, however, he is likely to feature in many of this year's professional tournaments as a Top-Up entry. A brace of wins also put him into Round 3.

Luke Simmonds (Event 1) and Kuldesh Johal (Event 3) put aside their recent anguish at losing a final round match at Q-School here by also progressing to Sunday. 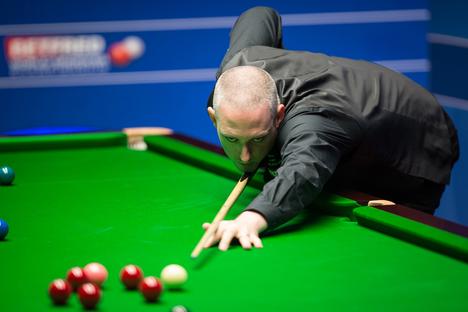