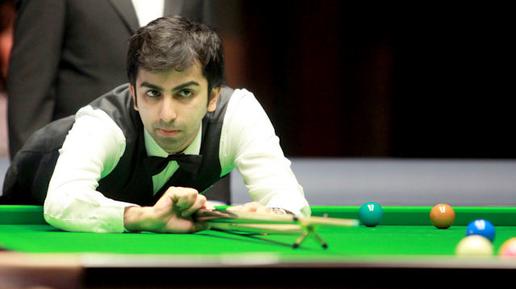 Pankaj Advani has become the first player in the 42-year history of the World Amateur Snooker Championship to win the title three times.

The 32-year-old Indian followed up his previous victories in 2003 (China) and 2015 (Egypt). It is yet another World Title for the multi-talented cueist, who also claimed the Short Format English Billiards Championship here a couple of weeks ago too.

88 players from across 6 different continents travelled to Doha attempting to get their name on the most prestigious trophy outside of the professional game.

Advani comfortably qualified from his group after winning all four matches and with a frame aggregate of 16-2. This was the joint best qualification record from the Round Robin phase.

He faced Chinese teenager Luo Honghao in the Quarter-Finals; the 17-year-old has already made a 147 maximum break in competition. However, the 'Pune Potter' won with change to spare in a 6-2 success.

Advani's opponents continued to get younger when he came up against 15-year-old Florian Nuessle in the Last 4. Nuessle was the first Austrian to feature this far in the event, although his dream run ended when he was denied 7-4.

In the final Advani faced Iran's Amir Sarkhosh who was trying to follow in the footsteps of fellow countrymen Hossein Vafaei and Soheil Vahedi by becoming the champion.

Sarkhosh had been the 'Master of Brinkmanship' during the KO rounds in Qatar. His Last 16, Q-F and S-F matches all went the distance, in fact his Last 4 affair with compatriot Eshan Heydari Nezhad saw him win the last four frames in a 7-6 comeback victory.

Many would have predicted a close final, although in the end this was far from the case. Sarkhosh did chalk up the opening frame and also constructed a 134 break in Frame 6, but these were his sole highlights as Advani crossed the line an 8-2 winner.

Advani also registered the highest break of the event courtesy of a 138 he made in the Group Stages. It was one of five centuries he compiled throughout.

As a consequence of the very public 'divorce' between the IBSF and the WPBSA, there was no professional tour card on offer to the winner of this year's edition. Saying that, it would have been unlikely Advani taking it as he has declined offers in the past.

With no professional carrot at the end of the championship, numbers were down. There were no English, Scottish or Northern Irish entries in the Men's discipline, whilst China sent just two representatives. It may not have helped with the location of the Championships being changed late in late summer either – they were originally supposed to be hosted by Malta.

Despite this knowledge, though, Asia continue to dominate this tournament. 10 of the last 11 winners have been from the continent, with just Alfie Burden's 2009 win breaking up the streak. ​

Written and published by Michael Day on the 27th November 2017