​​HOME NATIONS SERIES - WHAT IF THERE WAS AN ORDER OF MERIT?

The opening two legs of the inaugural Home Nations Series have delivered much excitement, drama and joy. Both events in Manchester (English Open) and Belfast (Northern Ireland Open) have seen players claim maiden major ranking titles. They have also witnessed a 147 maximum break in each.

In a previous post I did question the longevity of the 'Million Pound Bonus' idea. In reality, it was virtually impossible for anyone to achieve it, especially when Liang Wenbo (no disrespect) took the opening trophy.

I do think there should have been a running narrative throughout the series, as the remaining two tournaments may as well be individual with no link whatsoever. I previously suggested that maybe they could have done an Order of Merit, with the Top 16 or 32 qualifying for a 'Home Nations Grand Finals'. This could have been in place of the Players Championship later this season, which will be very close to being a carbon copy of the World Grand Prix a few weeks before.

Another idea would be to give the winner of this list a cash prize, similar to the LG Order of Merit we had a decade or so ago. If the prize was large enough, it would maybe give all the top players an incentive to feature at all stops.

Anyway, if there was a running ranking list of cumulative money won, this would be the current Top 20. If you include the bonus Alfie Burden earned for making his 147 in Manchester, 97 different players have collected money from the concept already.

Written and published by Michael Day on the 11th December 2016 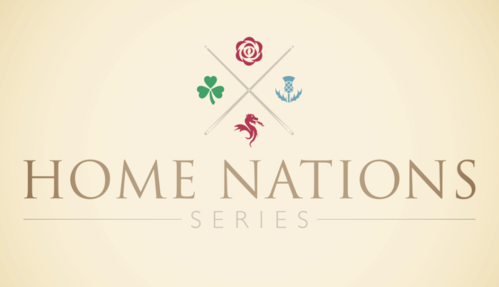