​15 year old Jackson Page made amends for his final defeat in Poland last year to become the 2017 European Under 18's Snooker Champion.

Only the second time this event has taken place, Welsh prospect Page follows in the footsteps of fellow countryman (or should I say boy?) Tyler Rees who beat him in Wroclaw just over 12 months ago.

​There was certainly a cosmopolitan starting field for the event with 75 players from an impressive 28 different countries entering. Even come the latter stages, many of the less traditional snooker nations were still represented.

​Page made light work of the Round Robin stage when winning all four of his fixtures 3-0. In the Last 32 knockouts he kept up his perfect record with a 3-0 success over Kirill Petrov (Russia).

By far his sternest test yet was against compatriot Dylan Emery in the Last 16. In a match that went to the decider, Jackson prevailed 3-2. ​Normal service resumed in the Quarters when eliminating Poland's Michal Kotiuk 4-0.

Also appearing in the final was Israel's 17 year old Amir Nardeia; a surprise finalist who had upset the form guide throughout.

I believe Nardeia became the first player ever from his country to reach a major international snooker event final after coming from behind in both his Quarter and Semi-Final victories.

Nardeia was looking on course to make more history in the final when he led 3-2 courtesy of a 66 break in the fifth frame, however it was Page who finished strong when claiming the last three frames straight to win 5-3.

Unlike the Under 21's and Men's Championships which will also take place this fortnight, I don't think the winner gets a professional tour card, although Rees last year was given a wildcard into World Championship qualifying at Ponds Forge.

Following on from his headline Last 32 run at the Welsh Open in Cardiff a few weeks ago, Page continues to make a name for himself in the sport.

Taylor Fish was England's most successful representative before losing in the Last 8. In those Quarter-Finals, all 8 remaining players were from different countries.

Written and published by Michael Day on the 8th March 2017 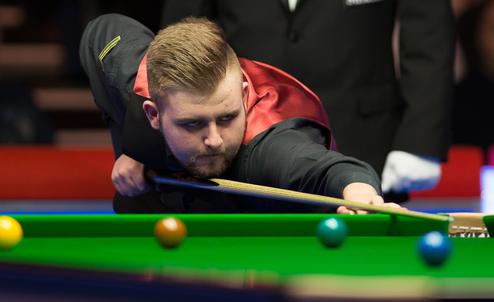