ACTION JACKSON IS ON A DIFFERENT PAGE

16 year old Jackson Page once again underlined his potential after successfully defending the EBSA European Under 18 Snooker Championship in Bulgaria on Monday afternoon.

The Welsh cueist was on another level throughout much of the tournament in the 2018 European Capital of Sport.

He breezed his round robin group winning all three fixtures with the loss of just one frame. In the Knock-Outs he eliminated Eelis Lappalainen (Finland) 3-0, Oskar Charlesworth (Austria) 3-0, Ben Mertens (Belgium) 4-1 and Umut Dikme (Germany) 4-1 to reach his third final in as many years (in 2016, the inaugural edition, he lost to fellow countryman Tyler Rees). On route to this year's showpiece match he dropped only 3 frames.

​In the final he faced another promising prospect in Florian Nüßle (Austria), who himself was undefeated up until that point.

Page certainly didn't have it all his own way in the final, though, as he experienced a stern examination against his same aged opponent. Nüßle began well with a break of 54 to claim the opener, but Page struck back with a 96 to square it. He then took the third via a black ball finish, and the fourth, to go 3-1 up into the mid-session interval.

​However, Nüßle was far from finished, taking Frame 5 with the help of a 52 to reduce his arrears and then capitalising on a missed final pink by Page when counter-attacking in Frame 6 to draw level. The Austrian had earlier made a 51,

An upset at this point looked more than possible, but Page turned his frustration into determination by making gritty breaks of 63 and 84 - despite his opposite number getting in first during both Frames 7 and 8, to record a 5-3 victory and retain the title.

Page also recorded the joint highest break of the competition with a 102; an effort which Hamim Hussain (England) also compiled.

The event was a cosmopolitan one with seven different nationalities in the Last 8​. 32 nations were represented in total in the entry list

The next phase of this European festival is the Under 21 Championship which actually began today - this will be concluded on Friday. Page is also in this, and will be looking to go one better than his final defeat 12 months ago and complete a unique double.

Written and published by Michael Day on 5th February 2018 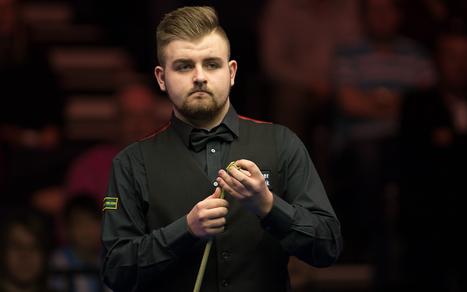