At the Preston Guild Hall earlier tonight, John Higgins defeated David John 4-1 to qualify for the venue stages of the Indian Open next month. However, in terms of his career, the victory marked a record breaking achievement for the 42 year old.

The Scot began his career on the top tier in the 1992/1993 campaign. Frequently, himself, Ronnie O'Sullivan and Mark Williams are classed as the holy trilogy of new breed players to have come from the early 90's when the game went 'Open'.

Now in his 26th consecutive season as a professional, Higgins has already assured himself of immortal snooker status - one of the greatest and most successful players of all time.

Proving his timeless class and longevity, last season he won the China Championship and Champion of Champions back to back. He made a 147 maximum break at the Northern Ireland Open, scooped the Championship League and reached another World Championship final.

Incredibly he has gone back up to Number 2 in the World Rankings; just over 2 and a half years ago there were doubts about him falling outside of the world's elite and not lifting another tour trophy.

Higgins had been joint top of the most wins with Davis since the World Championship final in May. He could have also reached this new height in Hong Kong a fortnight ago, but lost to long time rival O'Sullivan in a decider. His 921 wins have come from 1341 matches. In comparison, Davis' 920 came from 1453 matches, therefore Higgins comfortably has a better strike rate currently than Davis.

Elsewhere on the all time most wins list, Stephen Hendry is 3rd with 875 wins and O'Sullivan 4th with 860.

Out of that Top 8, O'Sullivan currently has the best win percentage ratio with 74%

A big thank you to Ron Florax and his cuetracker.net website, which is an ongoing encyclopedia of snooker information and facts!

Written and published by Michael Day on the 2nd August 2017 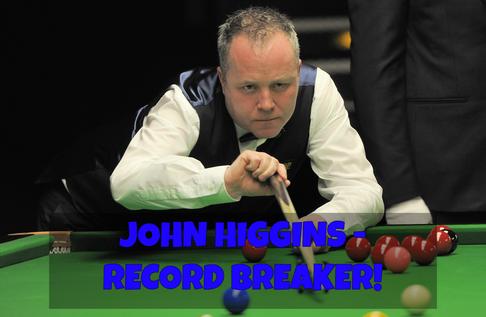