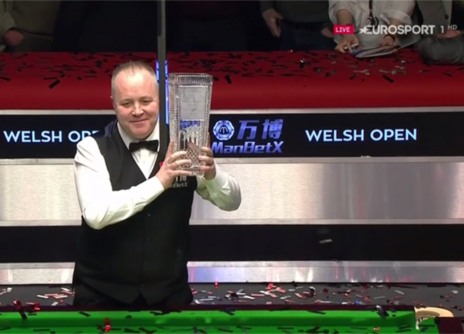 ​It hasn't been entirely plain-sailing for John Higgins, who was banned from the game in 2010 and fined £75,000. The Scotsman came roaring back six months later with a victory in the Players Tour Championship shortly before reaching the final of the Prague Classic.

He appears to be hungry for more success and with the likes of Ronnie O'Sullivan and Mark Williams still going strong and racking up titles, this has seemingly inspired Higgins to maintain his usual high standards on a weekly basis. The trio, who all turned professional in 1992 have been a permanent fixture at the summit of the world rankings and are often referred to as the 'Snooker's Trinity'.

Higgins remains at the top of his game and further success surely awaits the Wishaw-born player in 2018. His steady performances may mean he doesn't always receive the necessary plaudits but he surely wouldn't have it any other way. The 42-year is a hugely consistent performer and whilst Ronnie O'Sullivan continues to steal the headlines, Higgins' solid all-round play makes him one of the finest snooker players of all-time. 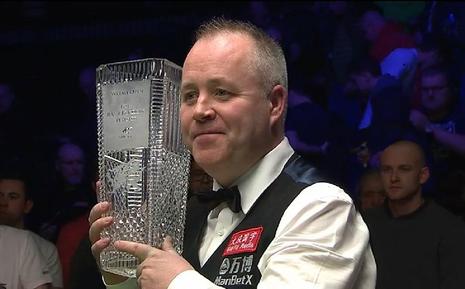 John Higgins may not possess the bluster and unpredictability of Ronnie O'Sullivan but he has proven to be a hugely capable and consistent performer at the top level.

The Scot is a steady hand and has been securing titles since the 1990s. He will always be compared to the Rocket as the two players are competing in the same era and have met on a number of occasions, but his solid all-round game is admirable and since his return to the tour, he's carved out a reputation for being reliable and consistent at the table.

Higgins has long been considered as one of the game's all-time greats and, luckily for snooker fans, he shows no signs of slowing down. His latest triumph came at the Welsh Open, beating Barry Hawkins 9-7 during a very entertaining and absorbing final in Cardiff.

It was a notable success for the 42-year old as it helped secure his fifth title in the event and also moved him onto 30 career ranking titles, an achievement only matched by Stephen Hendry and Ronnie O'Sullivan.

He is a four-time world champion with successes in 1998, 2007, 2009 and 2011 and is considered a 12/1 shot in the ante-post snooker betting markets to secure a fifth success at the Crucible later this year.

In 2017, he lost in the final to Mark Selby during a dramatic encounter in which the 'Jester from Leicester' clocked up two consecutive frames when leading 16-15 despite the threat of a comeback from Higgins. He bounced back with a success in the Indian Open, beating fellow Scot Anthony McGill 5-1 in the final.

Higgins rarely plays explosive snooker, nor is he likely to whip up controversy in the pre or post-match interviews.

His game is centred around accuracy and consistency, and he keeps it strictly professional at the table. His all-round game is incredibly strong and he has very few weak spots, giving the opposition very little room to manoeuvre. His ability to dig himself out of a hole and produce the big breaks when under pressure is one of his greatest attributes, and he displayed plenty of grit and determination during his aforementioned victory against Barry Hawkins.

This is a paid for article containing hyperlinks to other websites.