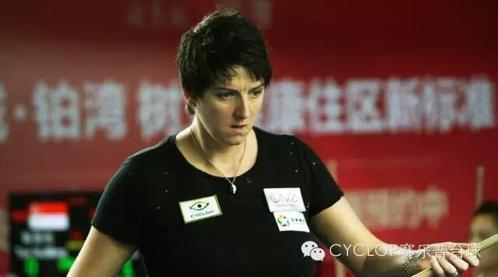 ​Multiple Women’s World Champion Kelly Fisher has announced that she will be undergoing major surgery on December 8th in Charlotte, North Carolina.

After taking a series of gene tests, Fisher was recently diagnosed as carrying the BRCA 2 gene, a mutated gene that increases the risk of breast cancer up to a staggering 85% and ovarian cancer by up to 29%.  It is similar to the condition of actress Angelina Jolie, who after discovering she had the BRCA 1 gene, decided to have both of her breasts removed in a preventative step to stop the likely development of breast cancer.

At the same time the 37 year-old Fisher was also found to have the BRIP 1 gene, a second mutated gene that has its own elevated risks of both breast and ovarian cancers.

Fisher will therefore undergo a double mastectomy at the Carolina Medical Center, in Charlotte on December 8th. This will be accompanied at the same time by reconstruction surgery. The entire operation process will last between 8 to 12 hours. Fisher expects to have a three month recovery period before she returns to action fit and ready by the second quarter of 2016.

"My goal is to participate in both the Amway Cup and the Chinese 8-ball World Championships in March,” Fisher said.

Fisher will also undergo a hysterectomy sometime later next year. That process will require a further one month recovery period.

This is now the second time in the last 18 months that the Yorkshire, England native has had to face a major operation. In July of 2014, Fisher underwent open heart surgery to repair a large atrial septal defect, a condition that is more commonly known as a “hole in the heart". After a three month recovery period, she returned to competitive play and went on to win the Tournament Of Champions in MA, USA. She then flew directly to China for the 2014 Women’s World 9-ball Championship in Guilin.

It should be noted that this time around the former Women’s World 9-ball and 10-ball champion is not currently ill, but is taking proactive, preventive action.

“It started when I got a new physician in Charlotte,” Fisher said. “After losing both my parents to cancer and two of my grandparents, my physician suggested that I go for the gene test, which is just a simple blood test. They look at 29 of your genes for mutations which they have now found link to various cancers. My father has recently died of prostate cancer, but moreover my mother had passed away from ovarian cancer in 2007, which is found to be genetic. So I agreed to take the test. Unfortunately three weeks later the test came back positive that I had the BRCA 2 the BRIP 1 gene mutation.

“The breast cancer risk being at 85% is not something I wanted to go along with and taking my chances on the 15%, so as soon as I got this information it was a no brainer to me to take preventative action.”

Fisher is approaching this life changing operation in her characteristic positive manner. She also hopes to use her experience to help educate women.

"We are very fortunate nowadays that we have the technology that gives us the opportunity to have these tests and prevent possible cancers. I am very thankful for that!!"

“It was a shock and it’s obviously scary,” she said. “But after going through the open heart surgery last year this should be at least a little easier. It’s daunting that your body is going to change so much. I’m going to physically look different and this is why I wanted to let my fans and people in the pool world know.

“I also want to help people, other women about awareness of this. If you have a lot of cancer in your family, I think it’s good to be proactive, especially if you have children because they can also contract this problem.

Fisher is so upbeat about the action she has decided to take, that she was even able to joke about the breast reconstruction surgery that she will undergo right after her double mastectomy. It's called the DEIP Flap procedure. Rather than implants, doctors will use tissue and fat from her belly area to perform the reconstruction and advised her to try and add on some pounds before the surgery.

“The doctors told me to gain weight so the more belly fat that I have, the bigger my new boobs can be,” Fisher said with a big laugh. “So it’s one of the excuses I’m using for putting some pounds on lately.

"I would like to thank my sponsors The One Cues, Cyclop Balls & Xingjue Billiard Tables for all their support during these trying times".

Fisher has been one of pool’s leading lights over the last ten years, winning every major women’s event on the calendar. After a stellar career in snooker beginning at the age if 13 years old, in which she won the World Snooker Championship six times, she turned to American pool in 2004 and quickly rose to the top of the WPBA Tour in the US winning many major events. But in 2011 she began to dominate the women’s game and went on to be the top ranked player in the world. She won her first world title by grabbing  2011 World 10-ball championship in Manila. In 2012 Fisher then captured the Women’s World 9-ball Championship in Shenyang, China. That same year she steamrolled the competition on her way to winning the China Open in Shanghai. In 2013 Fisher won the long running Amway Cup in Taipei.

The entire pool community would like to wish Kelly Fisher a successful surgery and speedy recovery. Her extraordinary fighting spirit will surely carry her through this trying time and see her competing in the world’s biggest pool arenas better and stronger than ever.

Many thanks again to Ted Lerner (World Pool Association Press Officer) for this article.

We too at 'The Cue View' wish Kelly all the best!