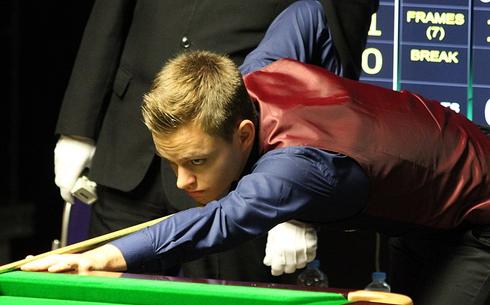 As normal, the players were split in to 16 Round Robin groups with the top 2 qualifying for the Last 32 Knock-Outs.

Fellow youngster Ploner was looking to become the first home winner since 2006. He also got to the Final undefeated; in the Semi-Finals he dethroned 2017 champion and professional World Number 83 Alexander Ursenbacher (Switzerland) 4-0. In that match he compiled a break of 128 - which would be the highest of the tournament, thus banking him 256 Euros (2 Euros a point).

However, the final would be a step too far. Ploner claimed the opening frame, but Kleckers then registered five straight frames - highlighted by breaks of 52, 44 and 55, to secure a 5-1 victory.

The 21 year old, who defeated then defending Riga Masters Champion Neil Robertson on the TV table in Latvia during the summer, collected the trophy and 1,600 Euros.


Written and published by Michael Day on the 6th January 2018