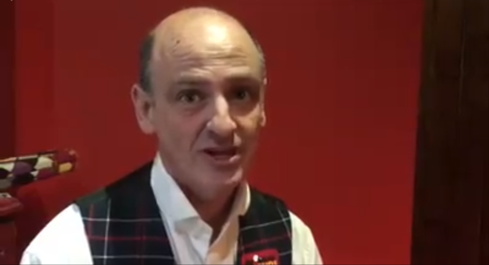 Northern Ireland's Julian Logue has won a golden ticket to the inaugural Snooker Legends Seniors Irish Masters at the iconic Goffs venue in the new year.

17 hopefuls 'Dared to Dream' at the Pot Black Club in Cookstown, but only the winner would advance. Logue, who has previously competed in a number of major amateur events, was initially involved in the only Preliminary Match. However, he would make the final, defeating ex professionals Colm Gilcreest and Michael Judge on route.

In the final he faced Patrick Wallace, a former World Championship and recent UK Seniors Championship Quarter-Finalist, who had sealed his place there courtesy of more tie-break victories against Dermot McGlinchey and Joe Delaney (both former professionals too) in the Last 8 and 4 respectively.

As is so often the case in this format, there was more drama in the final. Logue went 2-0 ahead, but Wallace squared it up at 2-2 to force yet another Tie Breaker.

​After the opening exchanges, Wallace attempted a tricky long pot, missed, but probably thought it was safe when he saw it rest against the left side cushion. However, after some consideration, Logue cross-doubled the black into the green pocket to secure his qualification spot.

There will be one more qualifying competition in 3 weeks time at the Ivy Rooms in Carlow. The Seniors Irish Masters venue stages will take place on the 6th & 7th January where the winner will also bank £5,000.

It will be great to see competitive snooker back at Goffs - a venue steeped in history and with so many special memories. Snooker Legends has held events here over the last few years, but this has upped the ante again.

Written and published by Michael Day on the 6th November 2017