With the new 2016/2017 professional snooker season set to get underway at the weekend, 'The Cue View' returns with their 'Yellow to Black Q&A Series'.

Back in March, Australia's Kurt Dunham fulfilled a lifelong ambition to be part of the highest tier of the sport after he claimed his maiden Oceania Snooker Championship in his home country. The title awarded him with the Oceania Billiards and Snooker Federation's (OCBS) nomination onto the professional circuit.

Dunham will be one of ten full main tour debutants, and joins Neil Robertson as only the second Australian currently on the scene.

The 24 year old has also made the life changing sacrifice and commitment to base himself here in the UK.

Kurt took time out of his busy practice schedule to answer our questions!

​TCV - Congratulations on winning the Oceania Championship, thus rewarding you with a two year guaranteed professional tour card. It must be a dream come true.... what was it like winning the championship?

KD - Yes, winning the Oceania Championship and getting the tour card was definitely a dream come true! It took a few days to sink in that it wasn’t just a tournament I’d won, but also the professional card that came with it. Something every young snooker player dreams of as a kid.

​TCV - I understand you have made the full time move to the UK for the whole 2 years. That must be a big sacrifice...do you intend to play in everything?

KD - Yes, myself and my partner Ashleigh have made the move here permanently, and I am planning to play in every tournament over the next 2 seasons. This is a once in a lifetime opportunity for a young player from Australia, so I’m definitely looking to make the most of it.

​TCV - How did you get into snooker back home? What is the snooker scene like down there at the moment; I understand you have a very good structured amateur circuit with decent prize money too.

KD - I’ve always been involved in both snooker and pool as my father has played on a national level for many years. I’ve been playing for as long as I can remember.

Our ranking circuit back home is quite strong with about 12 events per year and is producing some great players. Its quite hard to get to every tournament due to travel, time off work/school and of course expenses, but with the re-introduction of the Pro Card into our Oceania Championships, it's definitely made it the most sought after tournament on our calendar.

​TCV - I'm guessing Neil Robertson is an inspiration to you (and Australian Snooker in general). Do you know him well / has he or will he give you advice for your upcoming time on the circuit?

KD - Yes, Neil has always been an idol for me and of course the majority of Australian snooker. I’ve always had a good friendship with his brother Marc back home also. Neil has been extremely helpful so far even in this short amount of time. We have moved to Cambridge to be able to practice and play along side Neil, and try absorb as much as I can from him. He has even offered us to stay at his house until we can get ourselves settled in a place of our own. He has been great!

​​TCV - Apart from Neil, who were, or are, your snooker heroes? Anyone you particularly want to play now?

KD - Of course Ronnie O’Sullivan has always been another player I’ve admired over the years. To be able to play against him in a World Ranking event would just be another dream come true.

As a younger player, I always looked up to Paul Hunter and admired him as a player and also a person. I followed his story right up until his last day. To be able to play in the Paul Hunter Classic in Germany later this year, will be one of the moments in my life that I will cherish forever.

TCV - What ambitions have you got for these 2 years, and for your full term career as a whole?

KD - I’m going to be setting myself some realistic goals for the first season and re-assessing after that. Back home I’ve always had a full time job and other commitments in motor racing etc, so doing hours and hours on the practice table is not something I’ve really ever done. Obviously the main goal is to climb into the top 64 after the second season. I’m really looking forward to kicking things off in Preston and seeing where this can take me!

Kurt is looking for sponsors to help fund his maiden seasons on the professional circuit. If you can help in anyway, please contact him via his email - info@kurtdunham.com

The Cue View wishes him all the best for his adventure, which starts this bank holiday weekend in Preston against Joe Swail in 2016 Indian Open Qualifying. 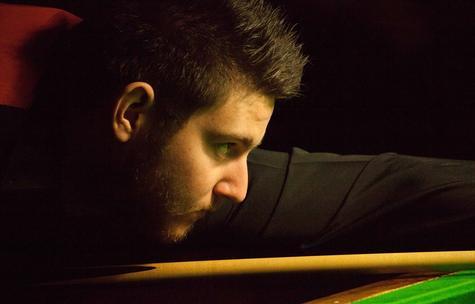