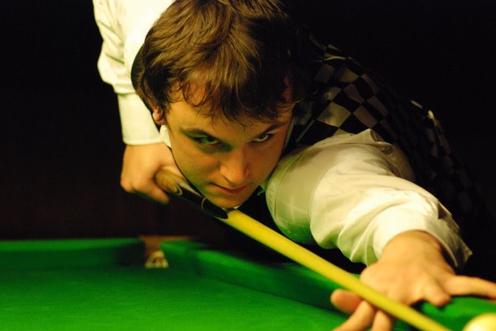 This is our first episode in a series of quickfire question and answer sessions with various figures from the world of Cuesports.

Sam is one of snooker's rising stars who has now established himself within the highest tier of the sport - he also played at the Crucible during the 2013 World Championship. Currently with a World Ranking of 63, this very likeable Devonian has also qualified for this week's Players Championship Grand Finals after a solid and consistent campaign on the European Tour.

He plays Mark King in Round 1 on Wednesday, but he took time out to answer our 'Yellow to Black' questions...

TCV - Congratulations Sam on qualifying for this week's Players Championship! A magnificent feat; especially when you consider some of the top names who didn't make it.

What were your personal highlights of the European Tour this season. Any wins / runs that stick out?

SB - I only really had 2 runs to speak of - semi's in Bulgaria where I beat Judd Trump 4-1 in the quarters, which is one of my better wins, and Last 16 in Poland where I beat Michael White on the TV table. Michael was someone else I've never beaten until my 6th attempt or so!

TCV- We're on the finishing straight for the season now; you've also qualified for the China Open in Beijing next week too (where you may meet World Champion Stuart Bingham in your first match).

What are your aims for the last 3 tournaments...consolidate your top 64 ranking?

SB - That's always at the forefront of your mind, although it looks like I'm safe in the top 64 now, so I'll just be trying to win as much money as possible in these last 3 tournaments to set myself up as best I can for next season.

TCV - The World Snooker Tour has taken you to many different venues, cities and countries over the last few years.

I think I probably know the answer here, but what is your favourite venue to have played in?

SB - You would be right!

The Crucible is unlike any other place, the atmosphere is so intense due to the crowd being so close and the fact that it's the most important tournament for all the players. It's overwhelming the first time you step inside the arena, even if you're not playing.

TCV - Depending on the tournament, you have differing amounts of time off between matches.

How do you fill that time in the venues?

SB - I get asked this a lot and I feel like I should have a better answer than I have, but when I don't have time to go back to the hotel I just kill time any way I can...have something to eat, watch some matches, talk to people at home etc. Nothing interesting!

TCV - A lot of players on social media like to be quite vocal about the table, venue and playing conditions!

What has been your take on the tables / cushions / balls etc. this campaign?

SB - In general I think the tables are fine. You get the odd bad one, but I don't practice on tables of that standard so they all seem nice to me!

It does worry me when they talk about putting polish on the balls because when they tried that it was very, very odd. I hope they don't do that again.

The sacrifice will be that we will keep getting kicks, but they've been trying a new cloth recently which is supposed to reduce kicks and I haven't noticed as many to be honest. Although other players will disagree I'm sure.

TCV - What has been the highlight of your professional career so far?

SB - Probably getting to the Crucible.

I didn't do myself justice there whatsoever, but winning 4 best of 19's to qualify ending with a 10-3 victory against Joe Perry was an achievement I didn't know I was capable of and I'll always remember that week.

It's become my main goal now to get back to the Crucible because I want to experience that occasion again.

It's completely different to any other time you play!

I would again like to thank Sam for taking time out of his busy schedule to talk to us here at The Cue View. We wish him all the best for this week, and the future.

Photograph above is courtesy of Deborah Branton

Written and published by Michael Day on the 21st March 2016