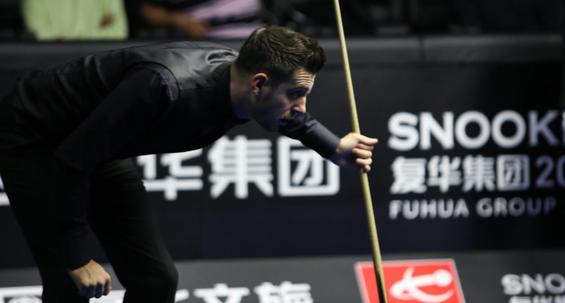 Mark Selby's opening day 10-4 defeat to Joe Perry was the ninth time a defending World Champion has lost their first match of the tournament at the Crucible.

Whilst his elimination - particularly the scoreline - was surprising, in no way was it as big a shock as it may sound.

His opponent, who at 43 is the oldest player left in this year's competition, was making his 15th appearance at the venue and was a Semi-Finalist there a decade ago. 2015 Players Championship winner and 2017 Masters finalist Perry also has previous – in 2004 he knocked out defending champion Mark Williams during the Last 16.

I think the point I'm trying to make is that Perry is no novice. He had just come off the back of three qualifying matches at the English Institute of Sport in the same city and was quoted as saying "I've had my years of being afraid of the Crucible". He went into the encounter with a comfortable mindset.

It was only the second time that a reigning champion (who wasn't defending the World Title for the first time) had departed the scene on the first Saturday at the venue. The only other example was Stephen Hendry's 10-7 demise to Stuart Bingham, who at the time was the World Number 93 and was making his Crucible debut. That was a legitimate big shock.

I guess the surprising element to Selby's loss yesterday was the fact he had shown impeccable timing a few weeks ago when winning the China Open after a mid-season lull that saw him advance past the Last 16 of six rankings events just once (Semis of the World Grand Prix).

His latter victories in Beijing also swelled his winning streak in multi-session fixtures on tour to 13. Perry went 4-0 up at the first mid-session interval, and although Selby briefly threatened with spells of back-to-back frames, he always kept him at arm's length.

SELBY'S SEASON - GLASS HALF EMPTY OR HALF FULL?
Selby will be disappointed by his results in this season's Triple Crown events, where he has just won only one match in total. He won two of the three titles last season.

At the UK Championship in York before Christmas he defeated Egyptian pro-tour rookie Basem Eltaahan 6-4 in the First Round before losing to Scott Donaldson in the Last 64. During the Masters in January he was ousted by Mark Williams in a deciding frame in the opening round, although Selby did get an untimely kick when looking like he was poised to progress.

However, the Englishman did have success in the Far East retaining both the International Championship and the already mentioned China Open; the thirteenth and fourteenth ranking titles of his career.

Both big money events, they alone banked him £375,000, which helped him guarantee that he will still start the 2018/2019 term as the World Number 1, regardless of what else happens at the Crucible Theatre over the next fortnight. Although many prize purses are top heavy and there are some massive differences in top prizes across the tournaments, Selby is currently second only to Ronnie O'Sullivan on the One-Year ranking list.

When you're at the top of a sport, you will be scrutinised when things aren't going your way. Selby is still the World Number 1 and has been for the last 165 consecutive weeks. He chalked up a record-equalling five rankers last season too, so a downturn in results is usually going to be mentioned.

It speaks volumes when people say he has had a poor campaign, yet he has claimed multiple ranking event titles - most professionals will never win one.

Was Selby's season really that bad? No, I don't think it was.