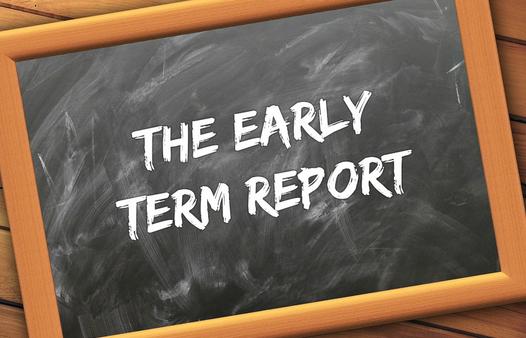 ​​So, just like that, the doors for the new 2017/2018 professional snooker season were opened at the Guild Hall in Preston. If you are like me, the week's action seemed to go pretty quickly...

Qualification for the venue stages of both the Riga Masters and the newly ranked China Championship were on the agenda. Although there is another very busy calendar coming up, everyone was looking for an encouraging start at the least.

Here were some of the main talking points...

The Big Names did pretty well
A cluster of Top 16 stars gave Riga a miss, although all of them did enter the more lucrative China Championship, which boasts a top prize three times bigger (£150,000).

Some of those particular players who entered automatically went through to the venue stages with their matches heldover, whilst I'm sure Ronnie O'Sullivan was pleased to receive a walkover for China as a result of another withdrawal.

The highest ranked player in action was World Number 3 Judd Trump, who in the end was comfortable in dispatching Xu Si 5-1.

WN5 Barry Hawkins produced a remarkable recovery to deny John Astley 5-4; he was 4-0 down!

Marco Fu totted up a pair of tons when inflicting a 5-0 on Sanderson Lam.

Fantastic performances include...
Jimmy Robertson nearly toppled seed Mark Allen at the Crucible in April, and he continued his good form with a brace of victories here which included a hat-trick of centuries. Xiao Guodong, who reached the Last 16 at the World Championship, also mirrored both feats.

Thailand's Noppon Saengkham also qualified from Ponds Forge a couple of months ago. He continues his steady rise towards the mainstream with a 100% record so far.

Looking to capitalise on a strong finish to last season, Stephen Maguire claimed 4-0 and 5-1 wins as he aims to rejoin the top 16 as soon as he can.​ Ryan Day also only dropped 1, and Michael Georgiou just 2 frames.

However, perfection goes to Elliot Slessor, who pretty much out of nowhere secured 4-0 and 5-0 wins against Jamie Rhys Clarke and Jamie Jones respectively.​

​Doherty, who won just a handful of major matches throughout 2016/17, has already chalked up two this time around. The Irishman saw off Peter Lines 4-2 and then conjured up a very impressive 5-1 victory over the in-form Gary Wilson to book his flight for the Far East later this summer.

Although White lost 5-0 to Ryan Day on Tuesday, he had already made a deposit after beating Jak Jones 4-3 last week for Latvia.

​By my calculations (probably wrong then!), there are officially 12 professional debutants in the ranks scheduled to compete at some point this year. However, a handful missed the early trip to Preston due to one reason or another.

​Having qualified from Event 2 of 2017 Q-School in the same venue only a few weeks earlier, China's Chen Zifan got his career off to a dream start with a 4-2 success over Ross Muir and then backed it up by defeating the vastly experienced Dominic Dale 5-3.

Also a Q-School graduate, and currently Germany's only player on the top tier, Lukas Kleckers was the beneficiary of fellow rookie Li Yuan's withdrawal from the Riga Masters. However - despite not being disgraced, he lost 5-3 to Ben Wollaston in his other fixture.

Of the remaining newbies to feature, Yuan Sijun (China), Xu Si (China), Chris Totten (Scotland), Soheil Vahedi (Iran), Billy Joe Castle (England) and Ashley Hugill (England) all lost back to back matches, perhaps proving what a big step up in class and standard the full time tour is.

Walden's Worries
No-one had a more abysmal start than poor Ricky Walden, who by all accounts is still suffering from a bad back complaint that is clearly affecting his game.

His back was apparently an issue during a notable collapse against Hammad Miah in the First Round of World Championship Qualifying in April when he lost 10-7, having been 5-0 up.

At the Guild Hall last week things went from bad to worse when he sensationally suffered consecutive whitewashes by Cao Yupeng (4-0) and Ian Preece (5-0).

Having not qualified for either Latvia or China, at least Ricky now has a few months off before the new season really kicks in. With quite a lot of money due to come off his total in March and April, Walden will be well aware he'll need results soon.

​Written and published by Michael Day on 7th June 2017