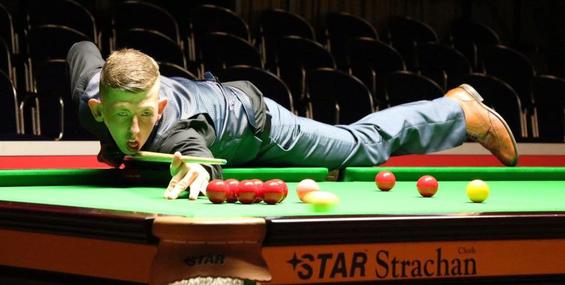 Today is the annual World Disability Snooker Day at the Winter Garden in Sheffield, just around the corner from the Crucible and the 2018 World Championship. Since its creation in 2015, the WDBS has made massive strides to get players with all disabilities involved in the sport, both recreationally and competitively.

A strategy has been put in place and implemented by WDBS, with one of its main objectives to get Snooker back into the Paralympics. Snooker was one of the founding sports when the 'Stoke Mandaville Games' were played out alongside the 1948 London Olympics. These games evolved into the Paralympics programme we know today, of which Snooker was apart of up until and including the 1988 Seoul Games.

Numbers on the WDBS circuit have continued to rise - recently they held their first tournaments outside of the UK in Belgium, and they have plans to go global. There are now double the events on this year's calendar than last.

​One of the circuit's most prolific and consistent players is 22 year old David Church from Norwich, who overcomes facial paralysis due to a rare neurological condition called Moebius syndrome and a severe leg impairment caused by a car accident he was involved in five years ago.

The enthusiastic Norwich cueist has also experienced personal tragedy - four days after he laid his late father to rest he won the 2017 WDBS Open Championship.

Church, who reached the final of the 2017 Manchester Classic and the previously mentioned 2018 Belgian Open, has also had success in able bodied competitions too. He is coached by former professional player Barry Pinches and is also under the guidance of Stephen Feeney and his SightRight system.

David took time out to talk to us here at The Cue View...

TCV - What attracted you to Snooker and how did you get involved?

​DC - I first discovered Snooker when I was 3. I used to play on a 6x3 sized table with my Dad and Brother. When I was 14 I played on a full-sized table for the first time and I loved it. Unfortunately, I had a road traffic accident when I was 17. It was at this point when I took the sport up properly to my mind off my depression and Post Traumatic Stress Disorder (PTSD) - it helped me get away from my troubles.

TCV - Do you play any other Cuesports?

DC - No, I don't get any buzz in life like I do when it comes to Snooker. I have never been so ingrained in something than I have by Snooker!

​TCV - I understand you played at the Paul Hunter Classic professional event last year in Germany and won a match there - that must have been a fantastic experience. Are you planning on doing that again?

TCV - What do you enjoy about the WDBS events?

DC - I enjoy the structure of the WDBS circuit and the build up to each and every event, there is a real buzz! I get tremendous personal satisfaction competing with the best players around.​​​

David in action at the 2017 Paul Hunter Classic in Furth. Credit - Monique Limbos

​TCV - What are your career ambitions?

DC - Win more silverware! I just want to enjoy it and become one of the best players on the World Disability Billiards and Snooker Tour. I know I can do it.


TCV - What would you say to anyone with a disability who may be thinking of getting involved with Snooker? What are the benefits?

DC - Do it, it's the best thing I've done! Whether you take it seriously or not, it is a great sport to participate in. If you decide to start entering tournaments such as the WDBS', the conditions are fantastic and you are able to meet new people in the same boat.


TCV - Do you think Snooker should be back in the Paralympics?

​DC - Yes, without a doubt. I believe some people's opinion on Cuesports can be fickle - people should play to see how hard it really is to get to a good standard before making an opinion. It is so much more than potting balls.


TCV - Do you have any sporting heroes?


TCV - Who do you think will win the World Championship this year?

I would like to thank David again for his time. David has a website which details all his results and stories. You can visit his sitehere.

David is on the look out for sponsors who could help him achieve his dreams by traveling to events in the UK and beyond. If you think you can help, please contact him either via his website or on Social Media. 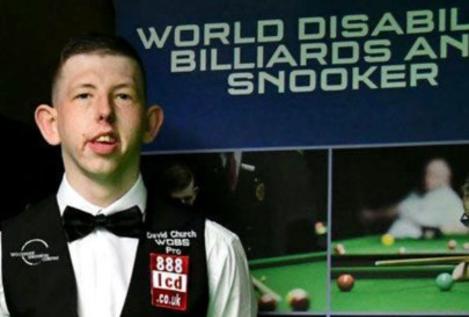