This is what life is all about robins pie mash in Wanstead best there is pic.twitter.com/A22YbKD6fZ

O'SULLIVAN DOES HIS TALKING ON & OFF THE TABLE

Even by his extraordinary nature, it was a very eventful day for Ronnie O'Sullivan both on and off the table.

The 5 times World Champion prepared for his 2016 UK Championship bid by sending out a number of cryptic, mysterious and somewhat barmy messages via his official Twitter account.​

Although he has been on the social media site for some time, it was very unusual for O'Sullivan to 'Tweet' as much as he did today. The sheer volume and curiosity of his activity even led people to believe his account had been hacked.

Then again, Ronnie O'Sullivan is one of a kind. Below are some of his 'Tweets'...

Come the evening, Ronnie began his bid for a sixth UK title by facing young Thai player Boonyarit Keattikun. Safe to say, he was in supreme form, racing into a dominant 4-0 lead with breaks of 63, 129, 80 and 90.

During his mid-session interval in York, 'The Rocket' had time to return back to Twitter to talk about weight gain, and his new haircut...

On the resumption, he continued where he left off by rattling in further efforts of 103 and 106 to leave the 21 year-old frameless, and with just a total of 25 match points to his name.

Even by Ronnie O'Sullivan's high standards, this was remarkable; the match was finished in just over an hour (that includes the setting up of the balls too!). 6-0, done and dusted, into the next round.

​It is so typical of O'Sullivan to follow up peculiar behaviour with a superlative performance on the baize.

This also seems similar to the last time he played in the UK Championship in 2014 (he did not enter last year). Back then, once again, even before a ball was hit he made headlines by breaking a bone when running. He went on to compile a 147 maximum break and win the tournament.

Written and published by Michael Day on the 23rd November 2016

Only £15 for the haircut great value

I love my new haircut.. Going for the proper Mohican next time I love it

God has told me I should not play snooker no more.. But I've put that on the back burner for now..

On my tombstone they won't say he should have played on a lot longer at snooker. Well I hope it doesn't haha

I'm loving being a pundit.. It's better then playing

God is king he lives in us all.. Seek and you shall receive .. Please give me a 29th ranking event this week .. Pleeaasssee 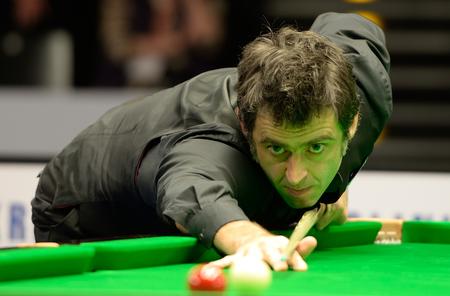 I'm on my large waistcoat now and even that feels tight. Oh dear