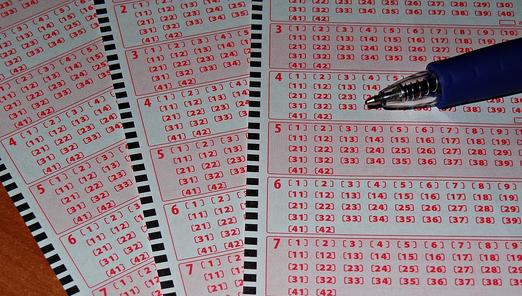 For half of the 128 player starting field, their dreams of a million pound payday are over. However, the other half are now just 27 further matches away from a big pot of gold. Oh so simple!

Despite the relatively short format, there was a distinct lack of shocks across Monday and Tuesday's opening round with only Joe Perry from the World's Top 24 failing to make the Last 64 after he went down to Matt Selt. Stuart Bingham, Marco Fu and Barry Hawkins were taken very close before finishing on the right side of deciding frame outcomes against Robert Milkins, Martin O'Donnell and Jack Lisowski respectively.

There were a number of sizeable breaks and consistent scoring from the big names, but performance of the round perhaps goes to Michael White who rattled in runs of 94, 75, 89 and 75 during his 4-0 defeat of the mainly seated Jason Weston, who was restricted to just one point throughout.

With the final few Last 128 fixtures being completed, in-form Alfie Burden, a quarter-finalist at last week's European Masters, compiled a 147 maximum break in his match with Daniel Wells.

It was Burden's first maximum in professional competitive play, and bizarrely enough his 100th century on the circuit. Provided it doesn't get equalled this week in Manchester, he is set to bank £12,000 - made up from the rolling 147 pot and the high break bonus. However, he went on to lose 4-3.

I had a few initial doubts about the venue, as there were some questionable crowd sizes during March's Players Championship there. Again there have been empty seats on show for the main TV table, however, it is only the opening round and the start of a new working week. The arena is very big and there are eight tables in action all at once; that can often make audiences sparser than they really are. Just like the PC, I expect numbers to increase as the tournament reaches its climax.

I am a fan of Barry Hearn and the majority of his ideas. The sport was on its ass when he came in.

This £1,000,000 bonus concept for anyone who can win all four Home Series events this season (English / Northern Irish / Scottish / Welsh Opens) has generated some publicity and interest, although personally I doubt the longevity of the idea.

The four opens that make up the series are not played back-to-back either. The last one of the quartet is the Welsh Open in Cardiff in February. If the unlikely was to happen, it would possibly be easier when a player is really in form and could maybe have a lucrative sustained purple patch.

Although saying that, no-one has ever won four events in a row in the modern era. Ding Junhui did claim five ranking titles back in the 2012/2013 season and they were spread out. Not wishing to diminish Ding's achievements that campaign (as it wasn't his fault or problem), but all four of these HS Opens will probably have pretty much the strongest line-ups possible; and that includes a certain Ronnie O'Sullivan. By the way, Ronnie looked good in his 4-0 win over Jimmy Robertson last night, reacting well from his European Masters disappointment.

You would think 'The Rocket' may be the most likely candidate to do the virtually impossible - his eyes probably lit up at the thought of a seven figure prize. After looking on Oddschecker, I can't find it, but I did hear someone mention on Twitter that Coral were quoting 150/1 for the unlikely to happen.

The fact is, only one person will travel to Belfast next month with that particular dream alive.

I really like the idea of a Home Series. With snooker's global expansion, there are probably enough competitions in England, but it is great to see stops in Northern Ireland and Scotland back on the calendar. These events probably won't have the same million pound buzz as the English Open, but they are big events in their own right with £70,000 to the winner of each.

I certainly think something should be attached to the Home Series to give it an identity, but personally I would have had some sort of Order Of Merit...maybe similar to the LG Order of Merit we had back in 2004. That was a series of counting tournaments with a cash prize to the Number 1; won by O'Sullivan if I remember right.

Another idea perhaps would be to have it linked to a Home Series 'Grand Finals' invitational for the Top 16/32. This could have been in place for this season's Players Championship, which happens to be a diluted version of the World Grand Prix played only a few weeks before.

To be fair, though, I don't want to be over critical of new events. I'd rather have this million pound bonus than nothing at all.

The coverage continues with a very busy Wednesday that will see the entire Last 64 played out. Who will still have their Million Pound Tickets intact?

Written and published by Michael Day on the 12th October 2016​