With talk of a potential Olympic future for Cuesports, it may surprise a lot of people to know that snooker has already played a significant part in the early history of the Paralympic Games movement.

The Paralympics, as we know them today, stemmed from the founding of Dr. Ludwig Guttmann’s (pictured above) social club at the world renowned Stoke Mandeville Hospital in England. There, snooker was one of the participation sports.

Alongside the 1948 London Olympics, Dr.Guttmann helped create the Stoke Mandaville Games for wheelchair athletes. Then, in 1952, with the inclusion of injured Dutch ex-servicemen, the event became international.

Through hard work and progression, the Games continued to involve when they went abroad to Rome in 1960. Snooker was again part of the schedule, in what was another historic milestone for disabled athletes.


Rome - 1960
One of the eight sports to the start the modern day Paralympic arrangements, snooker took its place among Archery, Athletics, Dartchery, Swimming, Table Tennis, Wheelchair Basketball and Wheelchair Fencing. Overall, the games had 400 competitors, with 23 different nations represented.

Tokyo - 1964
The Second Paralympics, originally called the 13th International Stoke Mandaville Games, were held in Japan. There were 144 events spread across 9 different sports. Michael Shelton would return, and this time take Gold for Great Britain.

Tel-Aviv - 1968
Israel was the host country in 1968, and the snooker competition was by all accounts played with eight players in a straight knockout format. Michael Shelton would retain his title.

Heidelberg - 1972
The Paralympic Games of 1972 were staged in Germany, with this time snooker being split into two separate categories - Paraplegic and Tetraplegic.

Michael Shelton continued his success by picking up his 4th medal overall, and 3rd Gold in as many Games.

Toronto - 1976
The first Games to be held in the Americas yielded a home snooker champion in the Men’s 2-5 section. Canada’s Dean Mellway won Gold, in what looked to have been some sort of round robin format.

Mellway was an accomplished all round athlete. He would win bronze at the 1994 Lillehammer Winter Games playing Sledge Hockey, and went one better claiming Silver in Nagano 4 years later. He also participated in the wheelchair basketball and tennis events too.

The other section was the Men’s A-C competition which was won by Mr. T. Taylor of Great Britain. Overall, there were 18 players across the snooker disciplines.

These Games were split between New York and Stoke Mandaville. The determined Jimmy Gibson of Ireland finally won gold in the Paraplegic division.

Seoul - 1988
These were the first Paralympic Games that were held in the same host city as the Olympics that year. This has continued ever since.

Here, there was one snooker section which involved twelve players from countries such as Great Britain, Austria, Korea, Ireland, Denmark and Egypt.

The competition format was four groups of three competitors, playing in best of three frame matches. The group winner would then progress to the semi-finals.


Unfortunately, that was the last time snooker was played in the Paralympics. It is still not clear why it was dropped; its last edition in 1988 certainly looked strong.

It seems amazing that the Paralympic concept, which has gained so much momentum over the years, now leaves out one of Dr. Guttmann’s original founding sports.

Perhaps the Games have become more of a corporate Athletics based event, which has some sort of ‘snobbery’ towards snooker.

I too find it interesting that Wheelchair Pool has never been involved either, seeing as there is a fairly good structure with regular established tournaments across different organisations.

Hopefully, should Cuesports make its debut in the Olympics at some point in the future, it must be a certainty to also see them back in the Paralympics.


Written and published by Michael Day on the 9th October 2015
​ 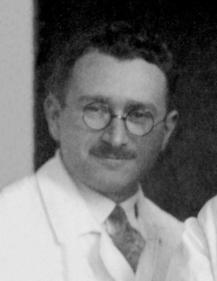 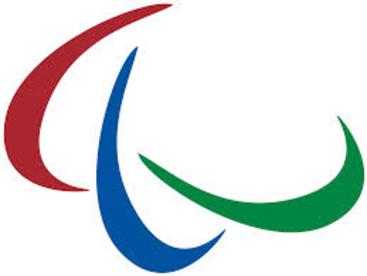